KEEPING THE FAITH | One person’s trash is God’s treasure

Whenever you feel crushed, under pressure, in darkness or irritated, you are in a powerful place of transformation. Remember, you are somebody because God doesn’t make junk!
Feb 28, 2021 4:55 AM By: Rev. Lewis Macklin 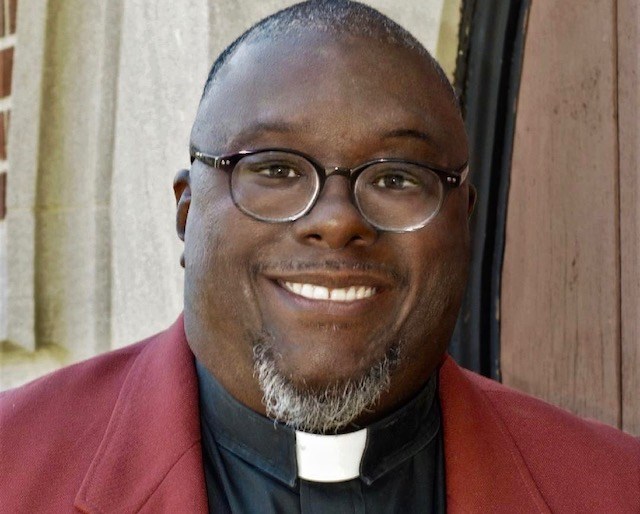 Several years ago I had an awakening that I needed to be a better steward of our environment and became an avid recycler. It was then when I noticed how it is so easy for others to discard the things that others deem to have no value. I have since recognized the Green Team’s campaign to “Reduce, Reuse and Recycle” has physical and spiritual implications.

Not to be confused with a real life hoarder, I often found myself retrieving items from our garbage determined by our children — who were the nonfinancially contributing occupants of the home — to be without value. What they determined to be trash were items that were considered valuable and even antiques.

Case in point, I once discovered that my “top of the line” expensive plunger was in the trash heap. Not because it was no longer effective, but an “occupant” expressed, “It was used in the toilet, and besides, we have another one.”

It was senseless to explain that the smaller, cheaper plunger is used for the sink only for that very purpose. Yet, I further punished myself and tried. I felt like Mr. Krabs on “SpongeBob SquarePants” watching his money being haphazardly wasted. Admittedly, I was fuming and steaming on the inside. Trying to keep my cool, I attempted to reason and explain why the plunger should not be tossed out.

At that precise moment, God revealed to me how He feels when people easily discard others — sinner or not. That discarded plunger represented people within society that others would easily dismiss, overlook or ignore. God, however, knows the value and purpose in others even if they appear useless to us. One person’s trash is God’s treasure.

Pastor Ken Donaldson of Rising Star Baptist Church appreciates the beauty of the discarded. He once shared that he is an avid viewer of HGTV, which broadcasts reality shows for home improvement projects. The designers have the ability to see something in what others determined is worthless. He loves the staging process where the old junk and leftover stuff becomes something to be displayed with a newness of life and purpose. I’ve seen some of the beautiful items restored by Pastor Ken that once had “curbside” appeal among someone’s trash. He noted this is just like God, who takes what others determine to be useless junk. He takes the discarded, cleans it up, sands, refinishes and puts it on display for His glory. Really a treasure hunter disguised as a junk collector to others. We must learn to seek and appreciate the value in what others are quick to throw away.

I am thankful God rummages to seek and find hidden treasures. Psalms 40:2 reveals how God practices redemptive dumpster diving: “He lifted me out of the pit of despair, out of the mud and the mire. He set my feet on solid ground and steadied me as I walked along.”

There are some treasures in your home and heart. Please be careful not to discard them thinking there is a lack of intrinsic value or worth.

1 Samuel 16 provides an account of how folks in your own home may fail to see how valuable you are in God’s eyes. Young David was feisty and fearless in confrontation. He successfully defended himself in separate encounters with a bear, lion and the giant named Goliath. However, the members of his household failed to recognize his worth. Despite David’s attention to the task of tending the sheep, he was the overlooked and underappreciated by his family. Nevertheless, David was chosen by God to be the King of Israel, the man after God’s own heart.

Samuel, a prophet of God, was given an assignment to anoint the king of Israel. He was directed to visit the home of Jesse in Bethlehem, who was the father of eight sons. Samuel took one look at the eldest son and reasoned, “Surely this is the Lord’s anointed!” However, the Lord said to Samuel, “Don’t judge by his appearance or height. The Lord doesn’t see things the way you see them. People judge by outward appearance, but the Lord looks at the heart.”

Jesse continues to bring out his other sons to parade before Samuel with the expectation it would be one of them. One by one Samuel eliminates the guys in the house. Clearly frustrated, the prophet then has an exchange with the father, asking, “Are these all the sons you have?”

“There is still the youngest, but he’s out in the fields watching the sheep and goats,” Jesse replied. “Send for him at once. We will not sit down to eat until he arrives!” Samuel said.

Jesse sent for David, and the Lord said, “This is the one; anoint him.” So as David stood there among his brothers, Samuel took the flask of olive oil he had brought and anointed David with the oil. And the Spirit of the Lord came powerfully upon David from that day on.

God chose David over his more impressive brothers because Davis would follow God’s plan for him despite the barriers that appeared before him. He knew God had a purpose for him and would not let any circumstance deter him of that plan.

Thank God for seeing beneath the surface and beyond the process in our lives. It is true — grapes must be crushed to make wine; diamonds form only under pressure; seeds grow in darkness; and a pearl is an irritant of a grain of sand in the belly of a clam.

Whenever you feel crushed, under pressure, in darkness or irritated, you are in a powerful place of transformation. Remember, you are somebody because God doesn’t make junk! Trust the process of your own transformation, allowing His glory to be revealed in your life while you continue to keep the faith.

— The Rev. Lewis W. Macklin II serves as the lead pastor of Holy Trinity Missionary Baptist Church, chaplain for the Youngstown Police Department and local coordinator for the African American Male Wellness Walk of the Mahoning Valley. He resides in Youngstown with Dorothy, his partner in marriage & ministry. They share the love and joy of 6 children and 7 grandchildren.

— All biblical citations are New Living Translation unless noted otherwise.