A reviewing prosecutor dismissed the request for charges almost immediately, and a spokesman for the governor called the move “absurd.”
Sep 29, 2020 4:33 AM By: Andrew Welsh-Huggins 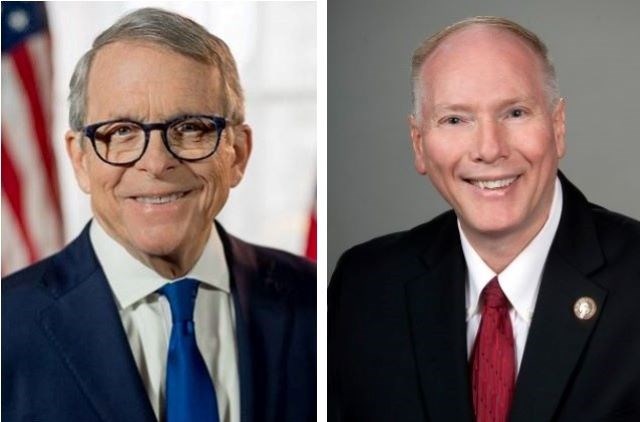 Rep. John Becker, a Republican from Cincinnati, says DeWine has exceeded his authority under state law and the Ohio and U.S. constitutions in issuing orders restricting Ohioans’ movements and activities. He made his demand in Clermont Municipal Court under a provision of state law allowing private citizen affidavits.

A reviewing prosecutor dismissed the request for charges almost immediately, and a DeWine spokesman called the move “absurd.”

Becker filed to have the prosecutor charge DeWine with 10 different crimes, including engaging in a pattern of corrupt activity, complicity, terrorism, inducing panic and interfering with civil rights.

DeWine has assumed dictatorial powers and “stuck his thumb in the eye of the General Assembly,” Becker said in an interview. Becker, who is term-limited and not running for re-election, is also spearheading an effort to impeach DeWine that currently has four backers among the 99 House lawmakers.

“If this were serious, I would have a comment. Because it is patently absurd, I do not,” said DeWine spokesman Dan Tierney.

“I don't think policy decisions should be criminalized. These are policy matters, not a criminal charge,” Faris said.

Despite the extreme nature of Becker's move, he's not alone among conservative critics of DeWine in the Legislature.

House and Senate lawmakers have introduced well over a dozen bills since March attempting to limit DeWine’s ability to respond to the virus through the issuance of public health orders and other emergency measures.

One of those, a Senate bill prohibiting criminal penalties for violations of state or local health orders related to the pandemic, even reached DeWine’s desk in July, when he promptly vetoed it. “In the midst of this pandemic, now is not the time to change tactics and impede local health officials’ ability to protect all Ohioans,” DeWine said in his July 17 veto message to lawmakers.

Last week, he said that, should it arrive on his desk, he would veto a bill moving through the Legislature that would prohibit Health Department quarantine and isolation orders from applying to people who have not been exposed or diagnosed with a disease.

The governor said such a measure would handcuff future governors and health directors trying to address disease outbreaks.