“We can’t afford to stay stuck in the past with poverty-wage jobs that don’t let Ohioans live up to their full potential. Ohio’s minimum wage needs an overhaul to meet the demands of today’s new economy,” state Rep. Brigid Kelly of Cincinnati said.
Jan 27, 2021 5:11 AM By: J.D. Davidson 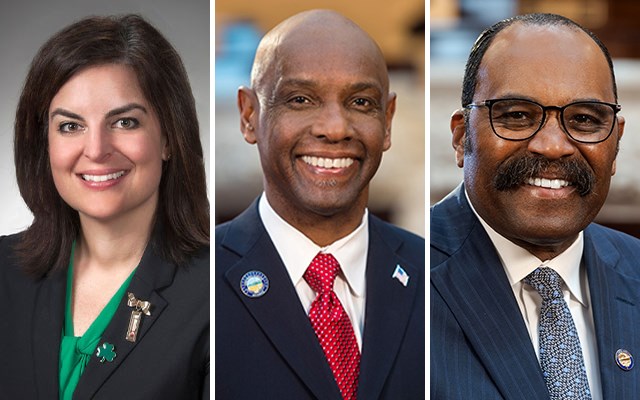 COLUMBUS — Three Ohio Democratic lawmakers want more General Assembly support to raise the state’s minimum wage to $15 per hour over the next six years, saying the idea boosts the long-term health of the state’s economy. Critics say such a move will cost jobs.

The plan, pushed by Rep. Brigid Kelly, D-Cincinnati, and Sens. Cecil Thomas, D-Cincinnati, and Hearcel Craig, D-Columbus, would increase the state’s wage to $10 per hour Jan. 1, 2022, and $1 per hour each year until it reaches $15 in 2027. Beyond that, the state’s minimum wage would be tied to inflation. Ohio’s current minimum wage is $9 per hour.

“We can’t afford to stay stuck in the past with poverty-wage jobs that don’t let Ohioans live up to their full potential. Ohio’s minimum wage needs an overhaul to meet the demands of today’s new economy,” Kelly said.

The lawmakers pointed to a 2019 Policy Matters Ohio report that showed increasing the minimum wage to $15 would increase wages for around 2 million Ohioans, and the average worker would make more than an additional $4,000 annually.

At the same time, recently confirmed U.S Treasury Secretary Janet Yellen testified before the U.S. Senate that raising the federal minimum wage from $7.25 to $15 per hour would have “very minimal” impact on overall employment.

The American Enterprise Institute, a public policy think tank, disagreed, noting that the impact of a higher minimum wage in Ohio would be the third-highest in the nation.

“Historical data does not definitely reveal how businesses will react to an increase in the minimum wage. Some studies find that an increase in minimum wage increases the hourly wage of those working, but it tends to cut the overall pay of covered workers through diminished hours and a reduction in employees,” Paul H. Kupiec, resident scholar at the American Institute, wrote in his report. “There is little doubt that raising the minimum wage increases the cost of labor and creates incentives to adopt technologies that replace human workers with machines or labor extracted from customers.”

Kupiec pointed to the increasing level of self-checkout areas at stores across the country as an example of how businesses are countering higher labor costs.

AEI calculated Ohio’s higher minimum wage impact at 1.32, with an average across the country at 1. In the analysis, only Louisiana at 1.56 and Arkansas at 1.38 were higher than Ohio’s in terms of adjustment costs relating to a wage hike.

The study coded states into “red states” and “blue states” based on the 2020 presidential election. It showed the majority of red states will see an above-average impact, while most blue states, which currently have higher labor costs, would see a less significant impact.

“Regardless of the overall employment impact of a $15/hour national minimum wage, these impact scores suggest that such a large increase in the federal minimum wage will shift business formation, growth and employment from red states to blue, as the higher minimum wage erodes red states’ labor cost advantage in many job categories,” Kupiec wrote.