The curfew prohibits purchases after 10 p.m. and consumption after 11 p.m. Lobbyists for the beer and wine industry had lobbied to extend it at least until midnight.
Oct 18, 2020 10:24 AM By: Farnoush Amiri and Julie Carr Smyth 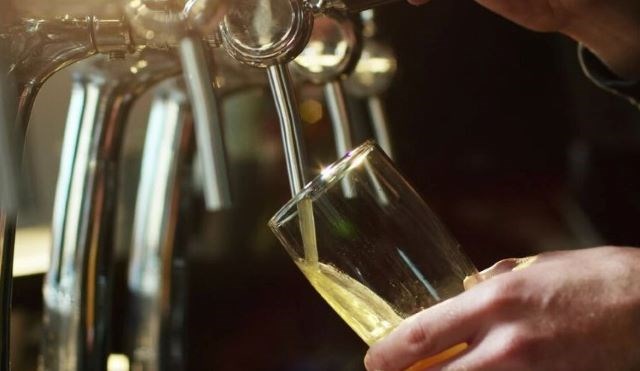 COLUMBUS (AP) — State senators in Ohio are looking to lift a 10 p.m. curfew on alcohol sales at bars and restaurants, aiming to boost an industry devastated by the coronavirus pandemic even as daily reported cases of COVID-19 set a new record.

A bill to repeal the curfew imposed on July 31 was introduced in the Republican-controlled Ohio Senate with strong bipartisan support. It is championed by Senate President Larry Obhof and his No. 2, Sen. Bob Peterson, and co-sponsored by 22 of 33 senators.

The move came the same day that Republican Gov. Mike DeWine said the state set a new record for reported virus cases in a single day, 2,178, compared with the earlier record of 2,172 set April 16.

“This is in stark contrast to not too long ago, Sept. 20, barely a month ago when we had 726 cases,” DeWine said. “We’ve gone up dramatically in a relatively short period of time.”

The curfew prohibits purchases after 10 p.m. and consumption after 11 p.m. Lobbyists for the beer and wine industry had lobbied to extend it at least until midnight.

DeWine, who imposed the curfew, said with virus cases rising, now doesn't seem the right time to lift it.

A recent survey by the Ohio Restaurant Association found more than half of Ohio restaurants anticipate being forced to close if current restrictions continue. More than 80 percent don't anticipate breaking even this year.

“These are our friends, our neighbors and leaders in our communities, and Senate Bill 374 will help them keep their jobs and their doors open," Obhof said in a release.

It was not immediately clear when a vote could be taken on the bill or whether this week's record daily reported cases of COVID-19 will impact debate on the bill.