Lawmakers take another shot at turning back Ohio House Bill 6

“Often referred to as the worst energy policy legislation passed by any state, HB 6 is an example of how a corrupt system can pass legislation hurting average working families to benefit large corporations,” state Rep. Michael O’Brien of Warren said in his testimony Wednesday on House Bill 57.
Feb 18, 2021 4:24 AM By: J.D. Davidson 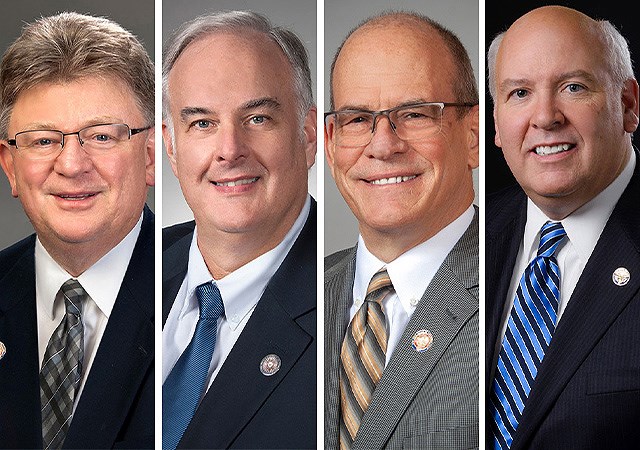 COLUMBUS — The Ohio General Assembly keeps taking swing after swing in an attempt to knock out House Bill 6, a billion-dollar nuclear energy bill passed more than a year ago that led to what federal prosecutors have called the largest corruption scandal in state history.

“These are issues that have been the subject of much debate, and I believe there’s broad consensus that these steps are sound public policy that support jobs, our economy and ratepayers,” Hoops said. “The average ratepayer has already seen a decrease in their rates due to House Bill 6, and with the proposed changes in House Bill 128, customers will now see further ratepayer protections.”

The Democrats urged lawmakers on the panel to act swiftly to repeal the corporate bailout legislation at the center of the FBI investigation into an alleged $60 million public corruption scheme led by then-Republican Speaker Larry Householder.

“Often referred to as the worst energy policy legislation passed by any state, HB 6 is an example of how a corrupt system can pass legislation hurting average working families to benefit large corporations,” O’Brien said in his testimony.

HB 57 would repeal HB 6, a $1 billion bailout for Ohio's two nuclear power plants, which was signed into law in July 2019. Householder and several associates were allegedly paid tens of millions of dollars to pass HB 6 and to prevent a referendum against the law from coming before Ohio voters.

The effort to repeal, replace or alter HB 6 began during the last General Assembly with several bills filed. Only one introduced by Hoops, who chaired a special select committee aimed at the issue, managed to get past a committee.

That bill proposed stopping the collection of at least $170 million in nuclear and solar funding. The nuclear bailout bill added a fee to every electric bill in Ohio.

Ohio cities, along with Attorney General Dave Yost, filed a lawsuit aimed at stopping the fee, the collection and other energy company benefits contained in the legislation.

Yost announced an agreement with FirstEnergy earlier this month that includes the company giving up what could have been a $120 million windfall in 2021, and Ohio put on hold its ongoing lawsuit relating to the state’s nuclear bailout law.

— Story courtesy of The Center Square. Mahoning Matters contributed to this report.