Lawsuit: When an East Liverpool police dog attacked a bystander, police pressured him not to sue

A Wellsville man reportedly told police he didn't want to cause problems for the dog's handler, but a recently filed lawsuit claims the police chief wouldn't release him until he signed a statement promising not to sue the department for the mishap.
Feb 16, 2021 3:52 AM By: Justin Dennis 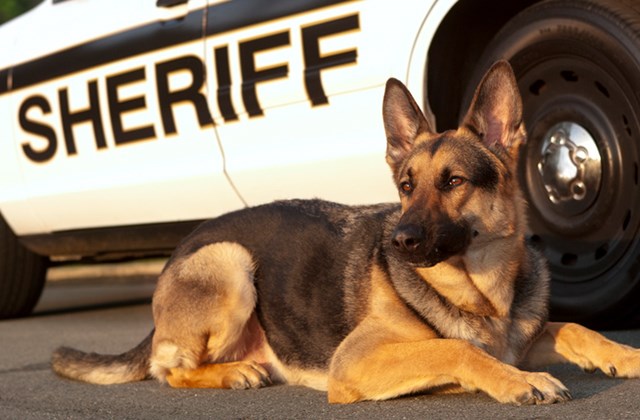 East Liverpool police dog Nero, who’d been accidentally loosed from his handler while pursuing a domestic violence suspect, knocked an innocent bystander to the ground and bit and scratched his hip and back, according to a police report.

That bystander, Kent Manninen of Wellsville, said he didn’t have any hard feelings and that Nero “was just doing his job,” an officer wrote in the March 26 incident report.

But a new civil lawsuit against the city, Nero’s handler East Liverpool patrolman Chris Green, and police Chief John Lane, alleges Lane wouldn’t allow Manninen to seek medical attention for his injuries until Manninen signed a statement promising not to sue the department.

According to the police report, Manninen didn’t want to write a statement following the incident — reportedly not wanting to cause trouble for Green — and also declined an ambulance, claiming he was “fine” and that he had insurance.

Manninen allegedly told officers at the scene “this never happened.”

That day, patrolman Green and his police dog Nero were pursuing a man believed to have just assaulted his girlfriend. During the foot chase, Green reportedly fell several times yet regained his footing and continued to run alongside the dog, at times narrowly avoiding vehicle traffic.

Upon reaching Sophia Street, Green reportedly lost balance again and lost control of Nero’s leash. Nero, which by that point had yet to “lock” onto the suspect, continued the pursuit, bringing him to a group of bystanders including Manninen. Green attempted to command Nero to stand down, but the dog couldn’t hear him over the screams of bystanders, according to the report.

“Officer Green was unable to recall Nero due to the subjects yelling and screaming and at the last moment the officer yelled at one of the male subjects [toward which] Nero was running to not move as the officer tried to verbally down Nero in motion,” reads the report. “The situation was utter chaos.”

Green reportedly stuck his hand into Nero’s mouth to stop him, causing lacerations to that hand, then returned Nero to his cruiser.

Officers’ body cameras were reportedly not activated during the incident, according to Manninen’s complaint.

Manninen’s wound was cleaned and bandaged at the hospital. No stitches were required. According to a follow-up report the next day, Manninen again told officers he didn’t intend to sue but also that he “did not want to get stuck paying the co-pay or remaining balance of the hospital bill if there is one.”

The complaint, filed late last month in Columbiana County Common Pleas Court, argues either patrolman Green or the dog Nero weren’t properly trained and claims city officials knew or should have known Nero had a “propensity” to attack non-suspects and that Green had a history of difficulty in controlling him.

Nero is an about 4-year-old Belgian Malinois that’s been with the department since a young age, Lane told Mahoning Matters during a brief phone interview last week. He said the March 26 incident didn’t warrant any new training for the dog.

“It was just an accidental thing. All the coincidences that could have happened aligned,” the chief said. “It’s just one of those things.”

Lane said the department hasn’t had any similar dog attack incidents — “not like this.”

Lane declined to speak directly on the lawsuit. City Law Director Charles Payne, who records show has been served in the case, did not return calls for comment last week.

Manninen’s attorneys also did not respond to repeated requests for an interview.

Manninen’s lawsuit brings five civil charges, including an allegation the “cover up” of police recklessness violated Manninen’s constitutional rights and seeks an unspecified amount in compensation and punitive damages.

It was one of two police dog attacks brought to Mahoning Valley courts in the past two weeks.

A separate civil lawsuit filed Feb. 9 in Mahoning County Common Pleas Court alleges a Liberty Township police dog injured Wilbert Mullins’ face and eye on March 4, while he was grilling in the backyard of his Upland Avenue home, just over the Mahoning side of the county line.

Mullins’ suit claims the dog was outside Liberty police jurisdiction and wasn’t properly supervised or controlled. The suit also seeks an unspecified amount in damages.

Liberty Police Chief Toby Meloro last week declined to comment directly on the case to Mahoning Matters but said, “Our position is our dog didn’t do anything wrong.”

The department’s attorney did not respond to a request for comment.

The Marshall Project, a nonprofit criminal justice journalism collective, spent a year investigating the usage of police dogs across the country. Of the incident reports it collected, only a handful were reported in Ohio, and all from outside the area.

In some cases, police dogs don’t immediately respond to verbal commands to stop biting and must be restrained by handlers, The Marshall Project reported.

The Marshall Project found though police dogs bite thousands of people in the U.S. each year — including bystanders and even their own handlers — there’s little oversight on their use, accountability for officers or compensation for innocent victims..

“Police officers are often shielded from liability and federal civil rights laws don’t typically cover bystanders who are bitten by mistake,” reads one of the Marshall Project’s reports. “It can also be hard for someone who pleads guilty or gets convicted of resisting arrest, or a similar crime, to file a lawsuit. Even when victims can bring cases, lawyers say they struggle because jurors tend to love police dogs.”