U.S. Rep. Tim Ryan joined 13 of his colleagues in asking the Consumer Financial Protection Bureau to issue guidance so that Americans are not unfairly punished when bills arrive late because of undue delays by the Postal Service, and state Rep. Al Cutrona gave testimony to House Bill 163, which would prohibit mandatory overtime work for nurses as a condition of employment.
Mar 19, 2021 5:45 AM By: Mahoning Matters staff 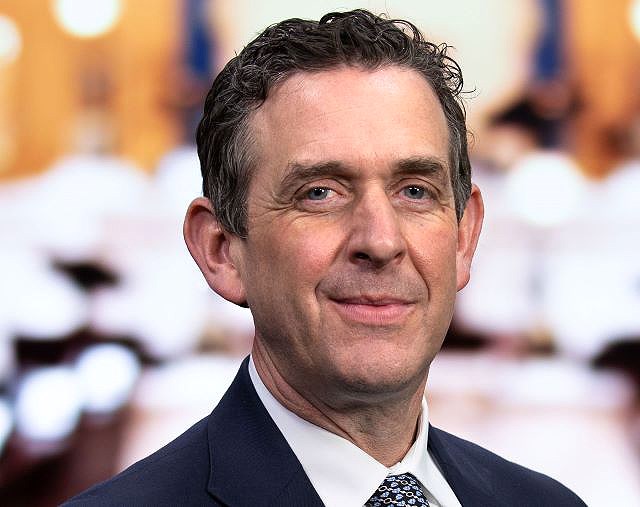 COLUMBUS — The state Senate on Wednesday unanimously approved Senate Bill 109, which would provide an additional $300 million of combined state and federal funding to businesses and other entities across Ohio for COVID-19 pandemic-related expenses.

“I am proud to sponsor this important bill, which will ensure our businesses, who have greatly suffered this year, have all the available resources to recover in a timely fashion," state Sen. Michael Rulli, R-Salem, said in a news release.

Here is the how the $300 million allocation would be directed:

To date, more than $2.5 billion in funding has been approved by the General Assembly to be distributed to Ohio’s communities as they continue to battle and recover from the COVID-19 pandemic.

Senate Bill 109 will now be sent to the Ohio House for further consideration.

In a letter to acting Director Dave Uejio, Ryan joined 13 of his colleagues in asking the Consumer Financial Protection Bureau to issue guidance so that Americans are not unfairly punished when bills arrive late because of undue delays by the Postal Service.

“This crisis has already driven too many Ohioans into debt as they’ve dealt with job loss, cuts to their income and unexpected health care costs,” Ryan said in a news release. “The last thing our people need is additional strain because they aren’t getting their bills in time due to postal delays.”

You can read the lawmakers’ letter here.

COLUMBUS — State Rep. Al Cutrona, R-Canfield, on Wednesday gave testimony to House Bill 163, which would prohibit mandatory overtime work for nurses as a condition of employment.

Cutrona is a joint sponsor on the bipartisan bill and spoke during a House Commerce and Labor Committee hearing.

“The bill is meant to address the issue of nurses feeling compelled to work unscheduled overtime, which can result in negative health consequences for patients and nurses,” Cutrona said. “According to a February 2020 report done by the Health Policy Institute of Ohio and The Ohio State University College of Nursing, excess work and overtime can result in negative outcomes for patients and nurses. In addition, non-overtime nurse staffing has shown to result in improved patient health outcomes.”

Cutrona said that under the legislation, nurses can still voluntarily work overtime, and hospitals can still offer overtime. The bill prohibits a hospital from requiring a registered nurse or licensed practical nurse to work in excess of an agreed upon, predetermined, scheduled full-time or part-time workweek as a condition of continued employment.

Wednesday’s testimony was the first hearing on House Bill 163.