"I think they talked to a lot of their fellow co-workers at their new locations and relayed the message that whatever happened to us in Lordstown could happen to them," Local 1112 President Tim O'Hara said.
Oct 24, 2019 11:50 PM By: Justin Dennis and Jess Hardin 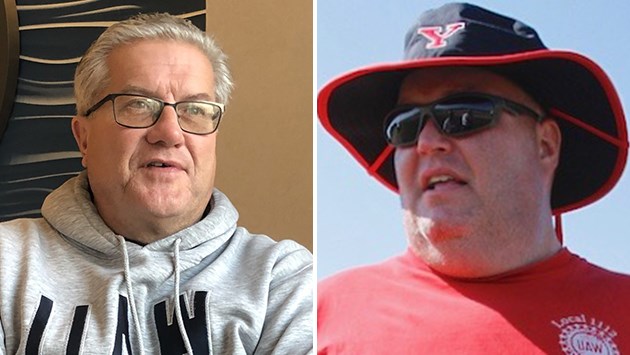 LORDSTOWN — The vast majority of remaining UAW Local 1112 workers voted against a new contract with General Motors, and it appears that trend was reflected at other GM plants in the country.

Call it the "Lordstown Effect."

While UAW Local 1112 workers on Thursday voted against the contract 412 to 61, their former co-workers who have since transferred to GM plants in Bowling Green, Ky. and Spring Hill, Tenn. also helped to reject the pact at those plants, union officials said.

The union has lost about 1,000 members who would have been eligible to vote for the Local 1112 since layoffs at the Lordstown plant began in 2017, union officials have said.

"They definitely helped make it a 'no' vote," he told Mahoning Matters.

Local 2164, which represents Bowling Green workers, voted 487 to 393 to reject the measure on Wednesday. Many Lordstown Assembly Complex employees transferred to the Bowling Green plant in recent months.

UAW Local 1853, which represents workers at the plant in Spring Hill, Tenn., also rejected the proposal by a mere seven votes according to Memphis' Commercial-Appeal. The final tally was 1,673 to 1,666.

Though the still-tentative contract with GM offers ratification bonuses up to $11,000, those workers who rejected a forced transfer to another plant or went into retirement aren't eligible -- like Deb Testa, 54, who worked just shy of 19 years at GM Lordstown.

She said she'd planned on finishing her career in Lordstown, after hitting the 30-year mark. But she rejected her forced transfer, meaning she's stopped accruing that time.

As she's more than 50 years old and has already put in 10 years at Lordstown, she wouldn't even be eligible for special retirement benefits offered after a plant closure. She said she suspects some workers took the transfer in hopes of taking those benefits if GM officially closed the Lordstown plant.

She said she voted no on Thursday because the new contract won't protect jobs. She's still waiting to see if ratification is approved, but she's already got another job lined up — "I'm not going anywhere," she said.

"People are angry and they felt like they got shafted. A lot of people felt they should have gotten the $11,000 signing bonus," she said. "We were unallocated. We weren't closed. We were forced to make decisions we shouldn't have had to make.

"They should have kept building that [Chevrolet] Cruze through this contract."

Testa said she believes the UAW International pushed back the Lordstown hall's vote — originally set for Wednesday — to Thursday, so it wouldn't influence other members.

O'Hara said following Thursday's vote he feels some of the displaced 1112 workers voted no to hold out hope of returning to the plant one day, if it were ever re-opened.

"I think they talked to a lot of their fellow co-workers at their new locations and relayed the message that whatever happened to us in Lordstown could happen to them," he said.

"I expect that in 2020 there will be more plants where they show up at and say, 'Guess what? We're going to close you.' I think that message got through to people at some of the other locations."

Darren Bodak, a former Lordstown worker who transferred to Bowling Green, told Mahoning Matters, "The union backstabbed us. ... They did not fight for us."

As of Thursday night, the total tally of UAW workers throughout the country was 9,123 voting yes and 5,854 voting no, according to The Detroit News. Union ratification requires a simple majority vote, O'Hara said.

He added several of the UAW shops at larger GM plants across the country have yet to vote. Workers in Fort Wayne, Ind., Arlington, Tx. and Lansing Delta Township in Mich. are set to vote Friday, according to Reuters.

"As much as the money would be nice at this point in my life, it's not worth drowning others over," said Testa's son and former co-worker, Jesse Silva, 27, who also voted 'no' Thursday.

"1112 [is] and will remain a group of fighters. Sad to say in the home of the sit-downers, Flint, this contract passed. What happened to the fire people had?"

As it stands, O'Hara said he's expecting the picket line to come down Friday.

"We couldn't have survived this strike with depleted membership, basically, without the help of the community," O'Hara said. "Local 1112 has basically been there for those in need for the last 53 years. ... We needed them this time and they came through.

"We're really thankful for that."