Lordstown Motors Corp. stock on Wednesday made it back into the green after its late-day drop on Tuesday, spurred by capital concerns.
Jun 9, 2021 4:28 PM By: Mahoning Matters staff 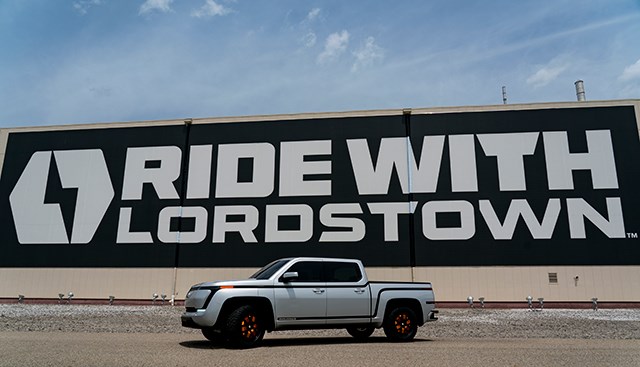 LORDSTOWN — Lordstown Motors Corp. stock on Wednesday made it back into the green after its late-day drop on Tuesday, spurred by a “going concern” notice issued by the company.

In that filing, the company told investors its cash crunch created “substantial doubt” that the company could continue “as a going concern” or be able to manufacture its all-electric pickup truck, the Lordstown Endurance in 2022 and beyond. The company announced in May it would halve its first round of production of the Endurance slated to begin in late September, to 1,000 units.

After the new filing was reported Tuesday, shares of Lordstown Motors (NASDAQ: RIDE) plummeted in the last half-hour of trading, to close at $11.22 per share, down nearly 20 percent from its Tuesday open of $13.82 per share.

The Wednesday boost in confidence appeared to coincide with an afternoon report from Reuters indicating the company is in talks for new funding.

"We are debt free, have significant tangible assets and multiple viable avenues to raise capital including asset-backed financing, equity, equity-related or debt financing, loans, as well as potential strategic investments over the longer term," the company told Reuters. "We are already in active conversations with multiple parties to do so."

It isn’t the first time the company has mentioned pending capital negotiations.

CEO Steve Burns during a May investors call, when asked whether Lordstown Motors may consider selling itself to reach its capital goals, said the company is in preliminary talks with "large strategic investors that would, of course, bring something more than funding."