Lumber prices start to dip after reaching sky-high costs. Will they keep coming down? 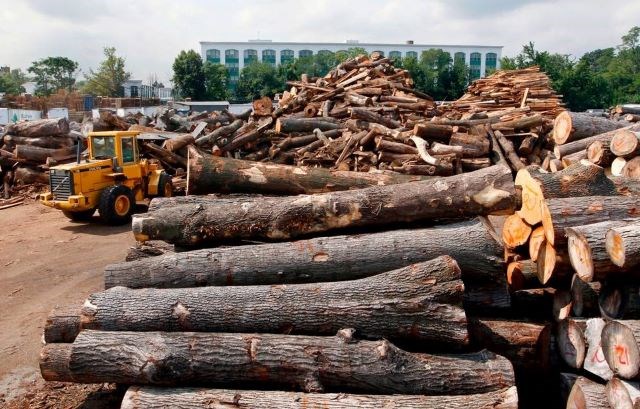 High lumber prices brought on by the pandemic have started to dip but remain elevated. (Mel Evans | AP)

Lumber prices have started to come down from historically high levels — but some experts don’t expect them to return to normal anytime soon.

Supply shortages coupled with increased demand during the COVID-19 pandemic drove prices sky-high, soaring to about $1,500 per 1,000 board feet in May and increasing by nearly 250 percent between April 2020 and April 2021, according to a National Association of Home Builders analysis.

Now, those prices have started to dip. By June 11, the price per thousand board feet had fallen below $1,400, according to the NAHB’s analysis of Random Lengths Lumber Composite Price data.

But costs are still far from where they were before the pandemic.

“We moved up to extreme hyper-highs here over the first half of 2021 after a record move in 2020,” Little said. “This adjustment that we’re going through right now is just that. We are seeing continued tremendous demand in the pipeline with continued supply chain problems throughout all parts of the lumber supply chain.”

Will lumber prices keep going down?

Some industry experts expect lumber prices to remain elevated for the foreseeable future.

Little told Fox Business he doesn’t expect a “tremendous amount of change in the environment that we have.”

“We might have passed the peak so to speak. However, we will trade at a really, really high range for the remainder of this year (and) well into 2022,” Little said.

In May, he told CNBC that he expected prices to remain elevated for the “foreseeable future.” In June, he told that outlet that his forecast hasn’t changed.

“We’re in month number 12 of what we believe to be a 24-to-30-month ... cyclical bull wave,” Little told CNBC. “We really believe the new three-year mean will be much, much higher — almost two times — than what we’ve seen the previous 20 years.”

“‘Nosebleed’ prices won’t last, but strong demand, a limited supply response and a rising cost curve all point to above-trend prices for at least the next 12-24 months,” BMO analyst Mark Wilde said, according to Bloomberg.

Scott Reaves, forest operations director for Domain Timber Advisors, told Bloomberg that “strong U.S. home building” is expected to last for several years, which will keep prices above $500 per 1,000 board feet for the next five to eight years.

“We’re at a new normal,” Reaves told Bloomberg. “We’re going to see this sustained level of housing demand and a new normal for a pricing floor in lumber.”

Dustin Jalbert, a senior economist at Fastmarkets RISI, told Fortune that a “more serious pricing correction” in the lumber market is “gaining steam.”

“Eventually the big-box stores will have to budge if the wholesale market keeps falling, but (it) doesn’t necessarily mean that’s next week, either,” Jalbert told Fortune.

How did prices get so high?

When some sawmills were forced to shut down at the beginning of the pandemic, it put a strain on supply.

But demand increased as Americans stuck at home due to coronavirus restrictions stocked up on supplies for construction and do-it-yourself projects. Additionally, Fortune reported many potential homebuyers opted for construction when record-low interest rates spurred a boom in the housing market.

The decrease in supply met with the increase in demand drove prices up to unseen levels.

Those high prices have priced-out many potential home builders and have forced some to delay their home-improvement or construction projects.

The NAHB said in late April that the price of a single-family home jumped by about $36,000 and the cost of an “average new multifamily” home jumped by nearly $13,000 — pricing millions out of the housing market and increasing rent for some tenants.