The money, backed by Facebook CEO Mark Zuckerberg, will be used to purchase sanitation supplies, pay and train poll workers and set up drive-through and drop box access.
Oct 29, 2020 4:52 AM By: Jess Hardin 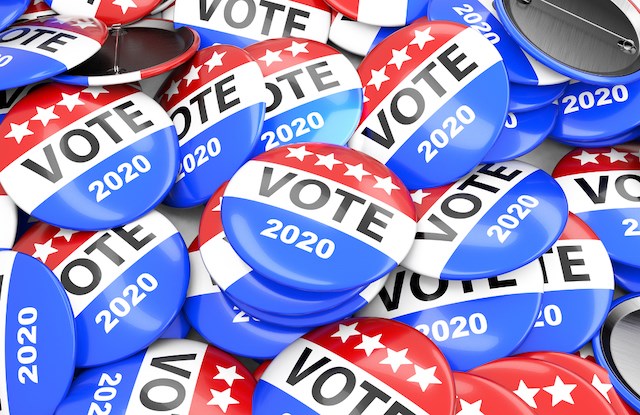 YOUNGSTOWN — If you've voted early at the Mahoning County Board of Elections, you probably got a pencil as a souvenir.

Voters are being instructed to use the eraser end as a stylus on the electronic voting machines to ensure the voting process is sanitary.

"We're letting voters keep them, because I don't want to clean pens all day," said Mahoning County Board of Elections director Joyce Kale-Pesta.

This little tool is just one of the extra expenses the board is making this year to administer the election safely amidst the coronavirus pandemic. The Mahoning County Board of Elections announced Wednesday it secured a grant to help pay for some of these resources.

The nonpartisan Center for Tech and Civic Life awarded the Board $784,567.21. The money is backed by Facebook CEO Mark Zuckerberg, who, with his wife Priscilla Chan, donated $400 million to the organization, the same amount that Congress allocated in March to help fund election offices as they dealt with the challenges of conducting elections during the coronavirus pandemic.

The money will be used to purchase sanitation supplies — like wipes and sneeze guards between workers and voters — pay and train poll workers and set up drive-through and drop box access.

In terms of security, the grant will help fund deputies stationed at the building and film for the windows, which prevents them from shattering.

"We're going to be one of the safest counties in the state," said Mahoning County Board of Elections director Joyce Kale-Pesta. "We've done everything."

The grant will be a huge help to the board, since this election is shaping up to be one of the most expensive elections, say Kale-Pesta. The budget for the election was about $2.1 million, which comes from the county. Just poll worker payroll runs about $165,000 a year.

Franklin County Board of Elections, responsible for administering elections in Columbus, also won a grant from CTCL.