Mahoning Matters' ranks will expand in June with RFA journalist

Ellen Wagner will join the team as a reporter, Report for America announced today as it rolled out its selection of 225 journalists for its 2020 reporting corps. Her reporting will specifically be focused on the decline in government services tied to budget constraints, especially in Youngstown.
Apr 23, 2020 5:55 AM By: Mahoning Matters staff 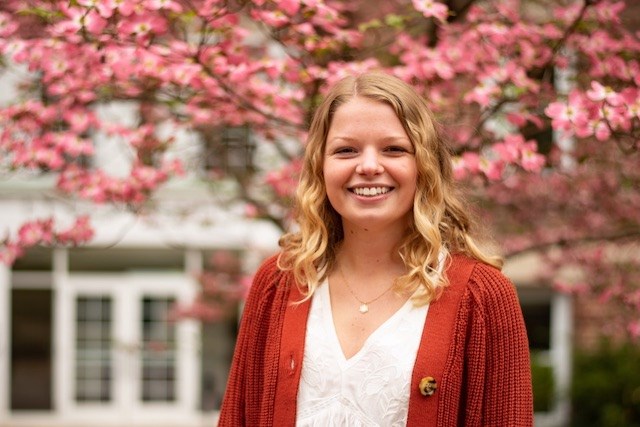 Ellen Wagner will join Mahoning Matters as a reporter, Report for America announced Thursday as it rolled out its selection of 225 journalists for its 2020 reporting corps.

YOUNGSTOWN — Ellen Wagner will join Mahoning Matters as a reporter, Report for America announced today as it rolled out its selection of 225 journalists for its 2020 reporting corps.

Report for America is a national service program that places journalists into local newsrooms to report on undercovered issues and communities through its reporting corps. It is an initiative of the nonprofit news organization The GroundTruth Project.

The RFA journalists will be placed with more than 160 local news organizations across 45 states and Puerto Rico. These reporting positions come at a time when local journalism is already reeling from years of newsroom cuts and new challenges brought on by the COVID-19 pandemic.

Wagner’s beat on the Mahoning Matters news team will be to join our watchdog efforts — along with reporters Justin Dennis and Jess Hardin and Content Manager Jeremy Harper — by reporting specifically on the decline in government services tied to budget constraints, especially in Youngstown.

“We look forward to welcoming Ellen onto our team at Mahoning Matters, and we thank Report for America for making it possible for small newsrooms like ours to better serve our readers,” Publisher Mandy Jenkins said.

“While we decided on this beat many months before the COVID-19 pandemic, it is more vital than ever to check the pulse of government spending and services,” Local Editor Mark Sweetwood said. “We are grateful to groups like RFA that allow us to expand our journalistic presence at a time that it is so vitally important to the Valley.”

Wagner covered health, local events and crime as a metro intern at the Columbus Dispatch last summer. She was the editor-in-chief of The Post, an independent student newspaper at Ohio University. Wagner also covered crime and courts in Athens during her four years at The Post.

Wagner, along with the other executive editors of The Post, won Society of Professional Journalists’ 2019 Mark of Excellence Award for editorial writing.

She graduated from the E.W. Scripps School of Journalism at Ohio University in the spring with a major in journalism news and information and a certificate in Italian studies. She is from Westlake, a suburb outside Cleveland.

“I decided to join Mahoning Matters because it is important to keep Youngstown residents informed about the potential effects of the issues related to the city’s budget projected for the next few years,” Wagner said. “Local journalism is needed now more than ever, and I am so excited to start working with the team at Mahoning Matters.”

The journalists will start in their respective newsrooms in June. Among their wide-ranging backgrounds:

• About 40 percent are journalists of color;
• More than a quarter speak Spanish;
• More than three-quarters are women;
• Five are post-9/11 military veterans.

“It’s now crystal clear that the need for trustworthy, accurate and local information can be a matter of life and death,” said Steven Waldman, co-founder and president of RFA. “This surge of reporters should help meet this moment.”

The newsrooms were selected in December based on a national competition.

To win, news organizations described an urgent gap in coverage and a plan to deploy a Report for America journalist to address that gap. As a result of the COVID-19 pandemic, some newsrooms pulled out of the program, and other newsrooms asked for additional staff.

To learn more about Report for America and its efforts to strengthen communities through public service journalism, visit www.reportforamerica.org.