“We hope the work we are doing at Mahoning Matters — in both our newsroom and our business operations — can provide frameworks for other local news organizations to adapt for their own communities,” Mahoning Matters' publisher said.
0
Feb 13, 2020 12:25 PM By: Mahoning Matters staff 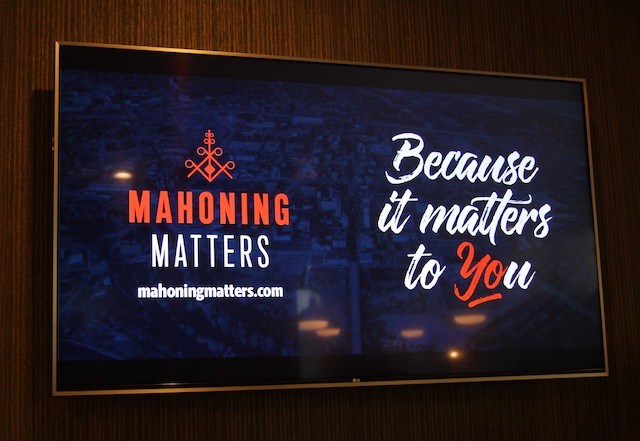 TV screens at the DoubleTree Hotel in downtown Youngstown carried the Mahoning Matters logo at its launch in October.

McClatchy Co., the owner and operator of Mahoning Matters, filed for bankruptcy Thursday, seeking to restructure its debts and shed pension obligations as it looks to build a sustainable digital future.

Mahoning Matters, which was founded last October with startup funding from Google, will continue to operate normally along with McClatchy’s dozens of newspaper properties. Mahoning Matters is staffed locally by editors, reporters and a business manager.

As part of McClatchy’s Compass Experiment, Mahoning Matters benefits from McClatchy’s expertise and experience in local media but operates independently, and all of its incoming funding stays in the Mahoning Valley.

“Mahoning Matters will continue providing readers in the Mahoning Valley with the essential news and analysis they expect from us,” said Mandy Jenkins, general manager of The Compass Experiment and publisher of Mahoning Matters. “From the beginning, our aim has been to make our website financially self-sustaining through advertising, sponsorship and other local funding.”

The McClatchy bankruptcy, if approved by a judge, will end family control of America’s second largest local news company and hand it to majority creditor hedge fund Chatham Asset Management LLC, which plans to continue to operate it as a private company.

McClatchy executives say they fought for months to avoid bankruptcy but were unable to reach agreements with regulators and legislators for relief from its pension obligations. It had also reached agreements to merge with other media companies but could not secure financing to finalize the agreements.

Under the weight of debt and pension obligations, McClatchy’s business model has been facing the same pressures faced by other legacy newspaper companies. Between 2006 and 2018, McClatchy’s advertising revenue fell by 80 percent, and daily print circulation fell by 58.6 percent.

McClatchy has been working to change the ratio of its print vs. digital advertising. The creation of The Compass Experiment in 2019 was intended to allow the company to explore new ways to achieve financial sustainability at a local level.

“The Compass Experiment was created to test new models and approaches to keep local journalism thriving in an increasingly digital world,” Jenkins said. “We hope the work we are doing at Mahoning Matters — in both our newsroom and our business operations — can provide frameworks for other local news organizations to adapt for their own communities.”