A plan to save Mahoning County's 'at-risk' students

EDITOR'S NOTE — Each month, Mahoning Matters will invite both sides of an important local issue to to meet face-to-face for a discussion called Mahoning Roundtable. This regular video series is meant to inspire reasonable discussion and debate.  For the inaugural episode, we focused on the proposal for a public dormitory for at-risk county students and invited Mahoning County Juvenile Court Judge Theresa Dellick, Pastor Ken Donaldson of Rising Star Baptist Church in Youngstown, Youngstown City School District board member Corrine Sanderson and Bryn Mawr Block Watch President Phillip Warren to the Roundtable.

YOUNGSTOWN — Officials who propose a public dormitory for at-risk county students said the issue’s been muddied by misinformation and an emotional gut reaction from the public.

Mahoning County Juvenile Court Judge Theresa Dellick, who volunteers on the public/private Mahoning Valley Children’s Task Force, said its concept of secure living spaces for area students currently in unsafe or uncertain conditions is a chance to “change the narrative of Mahoning County or the Valley” and focus deeply on “staggering” poverty levels.

The task force expects the dormitory would give students considered “at-risk” — that is, less likely to “transition successfully into adulthood,” be ready for the workforce or become financially independent — the means to focus on their studies, rather than where their next meal is coming from or whether they have a safe place to sleep.

“Our at-risk students face unimaginable obstacles to an education,” reads a letter released by the task force months ago, after plans for the dormitory were publicized — well-before the task force had planned, Judge Dellick said.

“They are exposed to every grief and stress, deprivation and danger from the crushing poverty and broken families of our area’s statistics,” the letter continues. “National and state statistics confirm that our at-risk children in this area are dealing with the deepest poverty and most dangerous and least-promising outlook in the nation.

“When lifestyle stability factors intervene and prevent educational access to these most poverty-oppressed and most at-risk children in the nation, we must offer the solution of a dormitory option. They do not have a future otherwise. Education is their only escape route.”

That rate, Judge Dellick noted, is higher than the city of Cleveland.

“So what can we do, especially when you see population declining and poverty numbers increasing?” she said. “We read books. We read research. And one thing that kept coming out was: The best way to climb out of poverty is with an education.

“In my position, I don’t want students coming to Juvenile Court. ... I want them in school, learning and being successful. And a boarding school will help those students.” 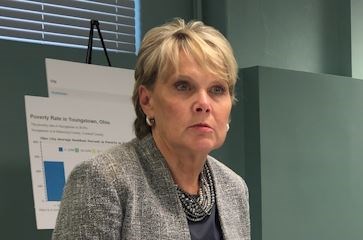 Mahoning County Juvenile Court Judge Theresa Dellick
Though Judge Dellick stressed the dormitory proposal is still in an embryonic stage, it’s been conceptualized as a 400-bed college-prep facility with two gender-separate, 200-bed buildings, and projected to have a $12 million price tag.

Though detractors have interpreted the boarding school-style facility as an arm of the county juvenile justice system, Judge Dellick told roundtable participants the dormitory would be voluntary for all county students, but with a competitive application process.

The task force has yet to determine which grades the facility will serve, she said.

Judge Dellick has used the SEED school in Washington, D.C. as an example of a successful boarding school for at-risk students. SEED, which opened in 1998, describes itself as “the nation’s first public, charter, college-preparatory boarding school.”

Yet, the school is being sued for failing to prevent the suicide of a 12-year-old student, according to the Washington Post. Additionally, SEED will close its middle school at the end of the 2019-2020 school year due to poor performance.

The availability of mental health or counselling services under the task force’s proposal is, however, one aspect of the plan that’s yet to be fleshed out, Judge Dellick noted during the roundtable.

The facility would, however, be under 24/7 supervision, Judge Dellick said. Though she said it’s “not a jail, it’s a school” — as state law prohibits locking in juveniles who aren’t in detention — dormitory staff would be aware of residents who leave.

“It’s not a punishment — it’s a privilege … and an opportunity to be in an environment where you don’t have to worry about all the other stressors in your life,” said the Rev. Ken Donaldson, pastor of Rising Star Baptist Church and task force member. “We want this to be coveted. We want kids to want to go here.”

Tuition and room and board would be free for students whose families live under the poverty level set by federal TANF guidelines, she said.

Tuition at some of the state’s private boarding schools can cost between $21,000 and $47,000, according to the task force.

“We have to provide equity — that’s the word,” Judge Dellick said. “Right now, there’s not equity. The rich afford boarding schools. The poor can’t. But if we provide equity, we can take a dent out of poverty.”

If Ohio lawmakers pass legislation allowing such a facility — “and that’s a big ‘if,’” Judge Dellick admitted — the dormitory would be overseen by an independent board determined by that statute.

Funding would likely be a mix of private funding and state reserves, she added.

The task force initially hoped to lease 30 acres near Mahoning County High School for the dormitory, allowing students to walk to and from classes. During the roundtable, however, Judge Dellick said a location has not been determined.

NOT IN MY NEIGHBORHOOD 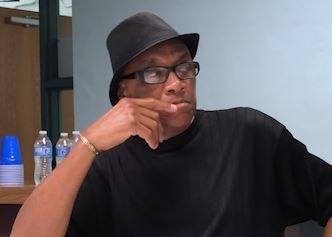 Bryn Mawr Block Watch President Phillip Warren
The dormitory’s most vociferous opposition comes from the Sharonline neighborhood in which the task force first floated the idea of constructing the dormitory in August.

Critics of the project — including Sharonline residents — decry the manner in which they learned about the dormitory. News of the plan was leaked to the media, prompting the task force to host a discussion about the plan Aug. 16 at Rising Star Baptist Church.

Phillip Warren, the president of the Bryn Mawr Block Watch, was present at the August meeting. Warren maintains that the community should have been approached earlier in the project.

During the roundtable, he asked Judge Dellick, “How do you know we couldn’t work together?”

Though he was told repeatedly at the meeting and during the roundtable that a location has not been confirmed, Warren doubts that he’s being told the truth.

“This was a done deal before we knew about it,” Warren said. “It was on the news. We even saw the blueprints.”

Judge Dellick countered the architect sketch he’s referencing — drawn up by Strollo Architects, whose President Gregg Strollo is also a children’s task force partner — was a concept design to show the public.

Communication regarding the dormitory is not Warren’s only gripe with the plan. He fears that building a dormitory in his neighborhood for students of Mahoning County High School will disrupt his effort to revitalize the area.

Warren moved back to Youngstown to take care of his ailing father, who lived on Mariner Avenue. He purchased two homes in Bryn Mawr and persuaded friends to move to the area.

“From my point of view we want a retirement community. We just want some peace,” Warren explained.

The neighborhood is already the site of Mahoning County High School and Martin Luther King Elementary. A safe house was opened in the neighborhood recently, and Warren alleged that its residents have broken into nearby homes and stolen from the local dollar store.

“I’m tired of everybody just dumping everything on our side of town,” Warren said. “Leave my East Side alone.”

BACKLASH FROM SCHOOL BOARD 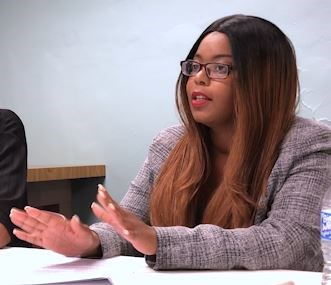 Youngstown City School District board member Corrine Sanderson
Corrine Sanderson, Youngstown City School District board member, opposes the idea because it undermines the public school system. The dormitory would be affiliated with Mahoning County High School, a public charter school. Educating at-risk students should be the domain of the school district, Sanderson said.

“Maybe we need to start our own graduation recovery program,” Sanderson suggested. “Maybe we need to have administration of that ourselves. … Why do we have another program inside of our buildings running a program?”

Sanderson further asserted that the plan was connected to the passage of House Bill 70, which wrested Youngstown City School District from the school board and placed it under state control. School board members have expressed concern that private contractors stand to gain from construction contracts at the proposed facility.

“This has nothing to do with House Bill 70,” Judge Dellick said. “We had an offer from the past CEO [Krish Mohip] to build there. … We still didn’t know where we were going to build.

“This school and this facility needs to be accessible to all children in Mahoning County. This is not an attack on the [Youngstown Schools] teachers, or the administration or the board, or the current CEO … this is an attack on poverty, one we should be all joining in on.”

The problem of students going home to unhealthy environments is for the legal system to solve, Sanderson posited during the roundtable. She pointed to the fractured relationship between Mahoning County Children Services and the county juvenile court.

“I would really love to work with Judge Dellick in terms of helping these parents as far as keeping these kids in their homes. Having her court work with our district as it is now,” Sanderson said.

She also has personal qualms with the concept in general.

“I’m all about keeping families together,” said Sanderson. “I would never have sent my kid away to a boarding school."

Sanderson challenged Judge Dellick on the notion that a boarding school for at-risk youth could be similar to nearby boarding schools with hefty price tags, like Western Reserve Academy. Judge Dellick suggested that the school would cultivate a strong sense of parental involvement.

Judge Dellick “talked about negligent homes and she also talked about abusive homes. These are not the parents that are going to participate in that boarding school,” Sanderson said.

Ohio governor appeals to FDA and private labs for help
Mar 28, 2020 3:26 PM
Comments
We welcome your feedback and encourage you to share your thoughts on this story. We ask that you be respectful of others and their points of view, refrain from personal attacks and stay on topic. To learn about our commenting policies and how we moderate, please read our Community Guidelines.