The production, which was recorded in various locations around the area, reunited local actors Joshua Fleming and Rosie Bresson.
Feb 19, 2021 5:45 AM By: Mahoning Matters staff 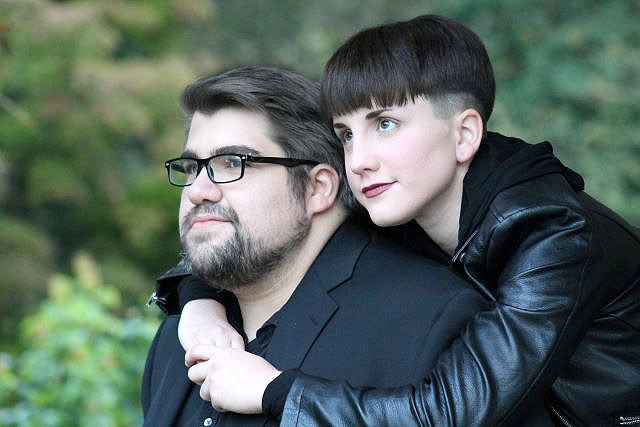 The virtual production is directed by Joe Asente, with music direction by Savannah Florkowski, and was recorded in various locations throughout the area.

Streaming tickets for the production are available here before Feb. 26. Use presale code MTC to unlock the event. Starting Feb. 26, the video can be purchased without a presale code. Streaming access is $20 for a single ticket (single viewer in a single location) and $30 for a family ticket (multiple viewers in one location). Once streaming access is purchased, the streaming code provided will be active for 48 hours after the play button is hit for the first time. The production will be available to stream for a limited time only.

“The Last Five Years” is Jason Robert Brown’s story about a couple’s doomed marriage. Cathy, a struggling actress, and Jamie, a budding novelist on the brink of wild success, are 20-somethings in New York who meet, fall in love, marry and divorce over the span of five years. Cathy tells the story from the end of their marriage; Jamie begins from when they first meet. As the musical unfolds, Cathy moves backward in time to the beginning of the relationship as Jamie moves toward the end; they meet only once, in the middle, at their wedding.

“The Last Five Years has always been one of the most special projects we ever worked on,” Asente said in a news release, referring to the original 2018 run at the Hopewell Theatre. “We love working with Josh and Rosie, and they just work so perfectly in these roles. We often joked about doing a concert or singing a song or two for a livestream online, but I never wanted to touch it again unless we had something new to add. When the remote performance rights became available for this show, I knew we had to do it.”

Unlike its production of “Songs for a New World” last fall, which was filmed remotely with actors submitting self-recorded video, “The Last Five Years” was all filmed by Asente in various locations throughout the area.

“This is very much a movie version of the musical, rather than just a virtual musical movie-hybrid,” Asente said. “Since Josh and Rosie were both local, I was able to be there for every scene and operate the camera, which allowed me to really work with transitions between scenes and get into the details of each number — something I am not able to do when the actors need to self-record.”