Need help with pet food during the pandemic? Valley animal advocates can assist you

“I couldn’t tell you how many people have cried over the phone, thanking us. It’s something I never ever thought would be needed like this," said Beverly Spicer, a local animal advocate who's been running a pet food pantry during the pandemic.
May 14, 2021 3:52 AM By: Justin Dennis 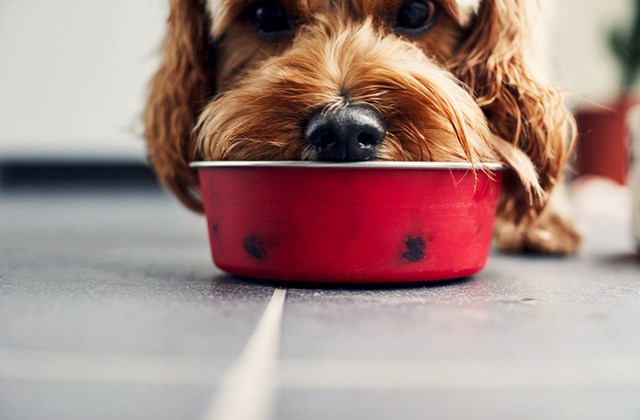 GIRARD — As out-of-work Ohioans relied more on food banks during the COVID-19 pandemic, so, too, did they struggle to feed their four-legged family members.

“Last year when [the pandemic] started, we found out a lot of people were giving up their pets to rescues or shelters because they couldn’t afford their food,” said Beverly Spicer. “... They were hurting for food themselves. It was a tough, tough call for some of these people.”

Spicer leads local animal advocacy group We Speak 4 Those That Can’t — formerly Nitro’s Army — which started collecting pet food donations for families in need. Since then, she estimated the group’s delivered several thousands of pounds of food for dogs, cats, even horses.

“When we first started, it was like my phone was ringing all the time, we were getting texts. People have been so grateful,” Spicer said — people whom she learned saw their work hours cut or their jobs disappear entirely during the pandemic, and were forced to consider surrendering their pets.

“We just can’t have that. There’s really nothing else they can do. And we thought, ‘Yeah, there is,’” she said. “I couldn’t tell you how many people have cried over the phone, thanking us. It’s something I never ever thought would be needed like this.”

Rhonda of Girard — who asked to have her last name withheld — lives on disability benefits and is one of those grateful folks whom Spicer helped get food for her four cats, all rescues.

“I don’t have a lot of extra money to spend on anything. I always make sure my cats are fed before myself,” she said.

She rescues kittens in her volunteer work with Small World Animal Shelter in Girard.

Rhonda said she made a little money on the side doing odd jobs for her landlord, but that work ended when the woman died, she said.

She wonders whether the new property manager will force her or others to move. She likely wouldn’t be able to afford the pet deposits to get into a new apartment — one wanted $300 per cat, she said.

Surrendering them is “never going to happen.”. Rhonda’s oldest cat is 8 years old and has been with her since it was 10 days old. Her youngest is 5. She worries they’ll be more likely to face euthanasia, as older animals are less likely to get adopted.

Since Spicer runs the pet food pantry out of her Girard home, it means Rhonda doesn’t have to travel far. The Warren animal rescue Rhonda frequents only has food drives once a year, and gives out small freezer bags that last a couple of weeks at most, she said.

To Spicer’s knowledge, We Speak 4 Those That Can’t is the only pet food pantry in Trumbull County.

“They’re doing a great job making sure people stay ahead with all these food giveaways but what about the animals? The animals need food too,” Rhonda said.

“A lot of these people are still out of work. They’re afraid to go back to work because a lot of them aren’t immunized yet,” she said. “It’s really hard to feed their pets if they’re not working.”

How to get involved

To donate or pick up food, you can call Spicer at 330-545-6296 or reach out to her on Facebook. Food donors can also ship to her through Amazon or Chewy.

Spicer’s friends in Mahoning and Medina counties help pick up or distribute donated food there. She’ll work to set up a time and place for donations.

“If you’re a true animal lover, you’re going to find food for that animal, no matter what,” she said.

Angels for Animals in Canfield also takes pet food donations, but because it’s under contract to offer Science Diet to its sheltered pets, it gives the food to Buster’s Brigade, a dog-and-cat advocate group based in Austintown, or distributes it to various food pantries in the area, like at Youngstown State University.

Neither the Mahoning County Dog Pound nor Angels for Animals reported a pandemic spike in owner-surrenders during the pandemic.

For Diane Less, Angels for Animals director, it’s been quite the opposite, actually.

“Our adoptions are over the top because people are home and they have time on their hands,” she said, and some of her shelter’s adoptable pets are now coming from as far as South Carolina and Texas.

Less is anticipating a post-COVID wave of pandemic pet returns.

“Once these people start going back to work … I think we’ll start to see the backlash,” she said.