No, people vaccinated against COVID do not shed the virus to others. Here’s the truth 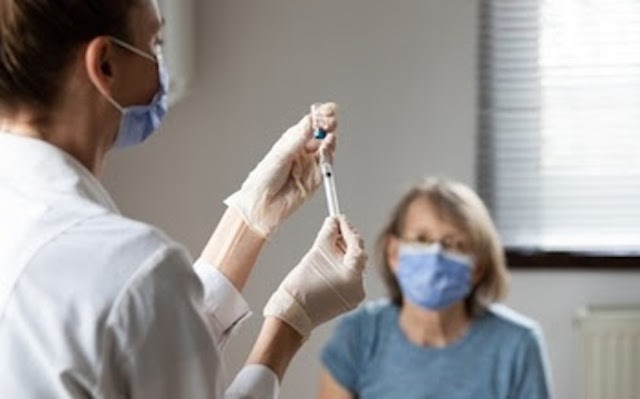 Some are claiming that people vaccinated against COVID-19 can somehow ooze the coronavirus out of their bodies and infect the unvaccinated. But such a claim is far from the scientific truth.

Many call it “vaccine shedding.”

“In medicine, we don’t say ‘zero’ too often, but there is zero chance for the COVID-19 vaccines to cause you to shed the virus,” Dr. Aaron Glatt, chair of medicine at Mount Sinai South Nassau in New York and spokesperson for the Infectious Disease Society of America, told Health magazine.

While some versions of the conspiracy say the vaccines become exhalable once someone’s injected, others say the vaccine can be leaked out onto others via skin contact and make them sick.

The feat is impossible because the COVID-19 vaccines do not contain a live coronavirus inside of them, the Centers for Disease Control and Prevention says. Vaccine shedding can only occur if a shot was made with a weakened version of the virus, such as the measles and chickenpox shots.

Instead, the Pfizer and Moderna COVID-19 vaccines contain mRNA — a molecule already found in our bodies — that teach our immune system how to create the spike protein the coronavirus uses to infect human cells. The final product: antibodies that can fight the virus when exposed.

In three days, this spike protein, which some conspiracy theorists claim leaks out of vaccinated people, breaks down as soon as its job is done, while the mRNA instructions vanish within two days.

The Johnson & Johnson COVID-19 vaccine accomplishes the same job but instead of using mRNA, it uses a harmless DNA virus called an adenovirus that has been genetically modified so it cannot make copies of itself in humans or cause disease.

Because no live virus is in any of the vaccines, the COVID-19 shots cannot cause the disease or give vaccinated people the power to shed it in any way.

False claims first emerged when Pfizer officials released a document in November about its clinical trial results that said exposures to the vaccine during pregnancy should be reported, such as “by inhalation or skin contact” or if a vaccinated man “exposes his female partner prior to or around the time of conception” via semen, the Associated Press reported.

But Dr. Shobha Swaminathan, an associate professor of medicine at Rutgers New Jersey Medical School, told the outlet the document’s language could refer to instances where a pregnant woman was near a broken syringe containing the vaccine, calling risk of absorption in such exposure scenarios “negligible to non-existent.”

Scientists also didn’t “know whether any of the vaccine [was] actually getting into the semen,” Swaminathan told the AP. However, now “we know that it really does not affect fertility at all.”

What are live attenuated vaccines?

The Pfizer document’s language makes sense when considering other vaccines that do contain live viruses, however, experts say.

“Live attenuated vaccines” are made with “wild” viruses or bacteria that are “weakened” in a lab, the CDC says. Via a small injected dose, the virus makes enough copies of itself to trigger an immune response that causes some side effects similar to most vaccines, but it does not cause the disease.

There is evidence that people who received the flu shot via a nasal spray, which contains a weakened version of the influenza virus, have spread the virus to others, but no cases of serious illness have come out of those instances

So, in the process of building an immune response to the live flu virus, those who were vaccinated, or in this case used the nasal spray, may have had symptoms such as coughing or sneezing that spread respiratory droplets carrying the weakened virus to someone nearby.

“There is zero science to [the] claim,” that vaccinated people can shed COVID-19 to others, infectious disease epidemiologist Jessica Malaty Rivera told Refinery29. “This is a myth that is so damaging. It’s made up to incite fear, and is ripped straight from the anti-vax playbook from the HPV vaccine. It’s an unoriginal and unscientific claim.”