Currently, hunting is permitted year-round and residents don't need a license when hunting them on their own property.
0
Feb 14, 2020 5:54 AM By: Jess Hardin 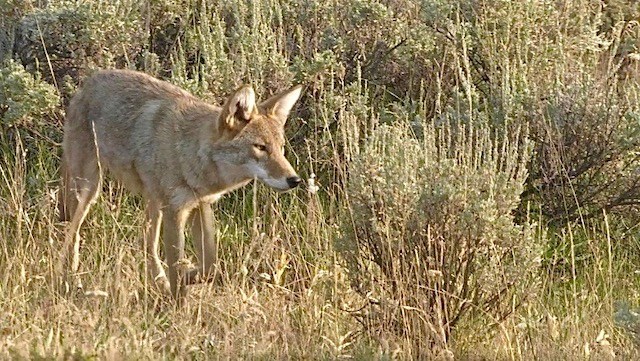 The proposal would limit trapping of coyotes to the furbearer trapping season, which takes place between mid-November and late January. Currently, coyote hunting is permitted year-round. Nuisance trapping and hunting of coyotes, however, would continue year-round.

The proposal would require that hunters and trappers of coyotes acquire a fur-taker permit, which costs $15 and requires the successful completion of a trapper education course.

Brian Banbury, ODNR Executive Administration of Information and Education, said that the new proposal would streamline hunting and trapping regulation. There is a discrepancy in the law, he said, because Ohio Revised Code identifies the coyote as a fur-bearing animal, but it is not currently regulated as such.

"What we're trying to eliminate is the outside of season non-target catch," said Banbury. The proposed regulation would thus reduce the number of other furbearers — raccoons, foxes, etc. — from being accidentally trapped outside of the furbearer trapping season.

“Ohio resident landowners are not required to have a hunting license or fur taker permit when hunting or trapping on land they own,” according to a news release.

Opponents to the proposal created a change.com petition that garnered more than 29,000 signatures since January. Those who signed the petition cited over-population and concern for the safety of pets and livestock.

Banbury said that this new proposal would not affect the population of coyotes in Ohio.

"Coyote numbers are attached to available prey game," said Banbury. He added that, in surveying the population of coyotes since 1990, the population peaked about 5 years ago and has since leveled off.

Ohio residents might notice more coyotes at this time of year, because winter is coyote breeding season, said Banbury. Additionally, they are more visible in the winter landscape.

Ohioans interested in providing comments on the proposals can do so online, by emailing wildohio.gov starting Feb. 21, or in person from March 2 to 6 at any Division of Wildlife district office.

A statewide hearing on all proposed rules will take place at the Division of Wildlife's District One office, 1500 Dublin Road, Columbus on March 25 at 9 a.m.

More information about obtaining a fur taker permit can be found at the ODNR website.