Only Cuyahoga County has received more state funding for police body armor since 2018 than Mahoning and Trumbull counties, according to the Ohio Attorney General.
Dec 2, 2019 6:27 AM By: Mahoning Matters staff 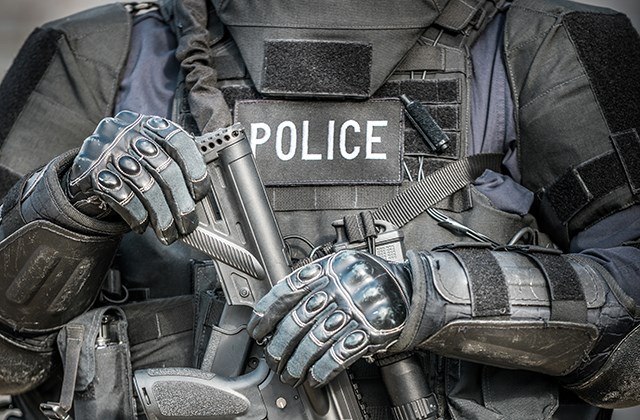 COLUMBUS — Dedicated state grant funding continues to keep local officers equipped with expensive yet life-saving vests, but officials said equipment funding isn’t what it was less than 20 years ago, when the Sept. 11 attacks spurred a wave of militarization at local police departments.

Agencies in Trumbull and Mahoning counties have been awarded the second- and third-highest grant amounts in the state — $197,154 and $119,684 respectively — to keep body armor vests up to date, according to data from Ohio Attorney General Dave Yost, whose office administers the grants.

“Every department wants to have a vest for every officer, but the vests are not cheap and have to be replaced after a certain number of years,” Yost is quoted in a news release. “Helping to protect these officers is a meaningful way to thank them as they put themselves at risk for our sake each day.”

The AG’s program has awarded $3.9 million statewide since it began in 2018 — including $345,000 to more than 60 police departments in the last three months — which was funded through the Ohio Bureau of Workers’ Compensation’s Safety Intervention Grant, according to the release.

Boardman police Chief Todd Werth said his department is “definitely grateful.” His department has fronted the cost of the vests — usually $700 to $1,000 a piece — for the last two years, but is now being reimbursed.

“It’s a piece of law enforcement equipment that is proven to save lives,” he said. “The [program] allows agencies to provide vests to officers, which is the highest priority, and use the money we would have used for other needed equipment or programs.

“For example, we install armor panels in the doors of our cruisers. Part of the reason we are able to do that is the funds the grant program provides for the vests.”

The Mahoning Valley Crisis Response Team, or SWAT team, was awarded $30,877, which paid for 30 sets of “cutting-edge,” rifle-rated armor plates and vests from armorer ShotStop of Stow, said John Elberty, the team’s commander.

“Our ballistic protection right now would rival any major team in this country,” he said.

He said the vests are intended for everyday use, and kept in cruisers if needed for quick response, like in active shooter threats, or to serve arrest or search warrants.

Over the years, federal and state funding has provided ballistic helmets and shields and even armored vehicles, to keep local police ready to respond to domestic terror incidents.

“After Sept. 11, the money was in semi-truckloads,” Elberty said — departments were buying Lenco “BearCat” armored vehicles “left and right” using federal funds, with some of the larger models costing nearly $500,000, he said.

The team does maintain one full-sized BearCat purchased in 2004, he said.

Elberty said though the U.S. Department of Homeland Security might sign off on pricier equipment purchases, the state’s HomeSec office ultimately holds the purse strings, and Ohio has “really clamped down” on large buys like armored vehicles.

He said the team, however, was recently awarded $19,000 through the state’s Justice Assistance Grant, more than half of which paid for general SWAT training exercises.

Here’s the full list of Mahoning Valley police agencies that have received Ohio Attorney General funds for body armor since 2018: