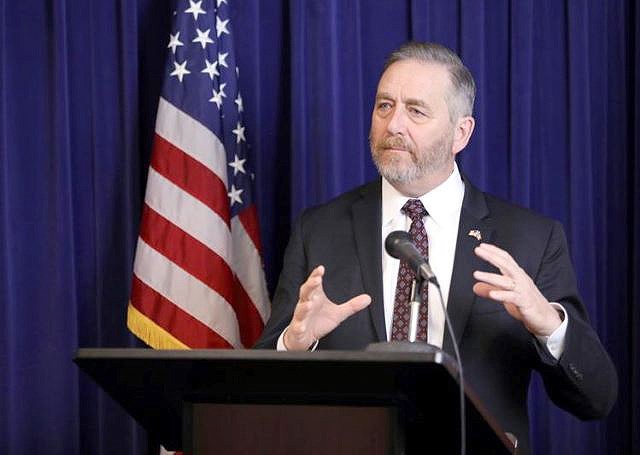 Yost on Monday filed an amicus brief in the 6th Circuit Court of Appeals in support of the schools and Citizens for Community Values to overturn the Toledo-Lucas County Health Department order. He argued the closing violates the Free Exercise Clause of the First Amendment.

“Attorney General Dave Yost has taken a stand against senseless government orders and for religious freedom for all. He’s standing with the science that says it’s safe for children to be in school and with the Constitution that ensures government cannot haplessly burden our free exercise of religion,” Aaron Baer, CCV president, said. “Christians and all people of faith should thank AG Yost for standing at such a crucial moment.”

The lawsuit is similar to one filed by Kentucky religious schools and Attorney General Daniel Cameron that challenged a closing order by Gov. Andy Beshear and was turned away by the U.S. Supreme Court.

In the Kentucky case, a district judge granted a temporary injunction that would have allowed the schools to reopen to classroom learning. However, over the Thanksgiving weekend, Beshear’s office got a stay on that ruling from federal appellate judges.

That prompted the schools to ask the Supreme Court to overturn the appeals court’s ruling.

The Kentucky case drew national attention. More than a third of the U.S. Senate joined to file an amicus brief, supporting the school’s position, while the American Medical Association filed one in support of Beshear.

Danville Christian Academy sought the injunction as part of the case because it claimed Beshear’s order infringed upon the school’s First Amendment rights, especially because churches and other places of worship were not ordered to close.

They also cited that while schools were forced to close their doors, the order allowed a variety of businesses and public places to remain open.