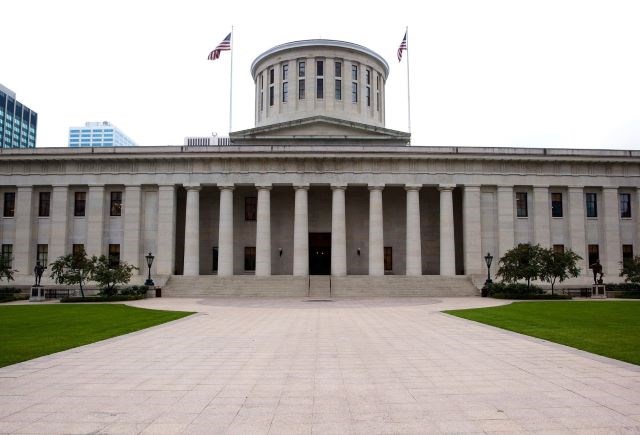 COLUMBUS — Less than a month after the responsibility to retreat before using deadly force in self-defense was removed from Ohio law, some lawmakers want it reinstated.

In early January, Gov. Mike DeWine signed the state’s new “stand your ground” legislation, despite hints he might veto it and with opposition from Ohio prosecutors.

The law changes what is known as the Castle Doctrine and allows a person to defend himself or herself without the duty to retreat “if that person is in a place in which the person lawfully has the right to be.”

Throughout the process, Democrats loudly voiced opposition, and recently two House members announced plans to introduce a bill that would repeal the new law.

“The ‘stand your ground law’ is actually a ‘make my day law’ and jeopardizes the life of every Ohioan,” state Rep. Adam Miller, D-Columbus, said. “Someone can now shoot — and kill — merely by professing they thought they were threatened. Fender benders and parking lot standoffs are now ripe for gun violence. More troubling, this bill threatens every person of color in our state. We can do better — and we must.”

Republicans called the bill a protection of the rights and safety of law-abiding citizens. State Rep. Kyle Koeher, R-Springfield, added language into the bill that removed the duty to retreat and he said protected the Second Amendment rights of Ohioans.

“There’s nothing worse than a coward. Only cowards would pass and sign a bill that has been proven to disproportionately harm Black people,” Ohio House Minority Leader Emilia Strong Sykes, D-Akron, said after its passage. “Only cowards would support a bill that allows people to shoot first and ask questions later. The blood of the lives lost from the signing and passage of this bill rests solely on those who supported it.”

DeWine’s hope when he signed the bill was to open more cooperation with the General Assembly to get his plan for tighter gun controls through the Legislature.

“In the spirit of cooperation with the General Assembly, I have signed Senate Bill 175,” DeWine said. “I look forward to working with members of the Legislature in the future to keep guns out of the hands of criminals and to protect the rights of citizens who follow the law.”

Republicans in both the House and Senate say the law clears up ambiguity and removes the duty to retreat from state law. They also say it protects the Second Amendment rights of Ohioans.