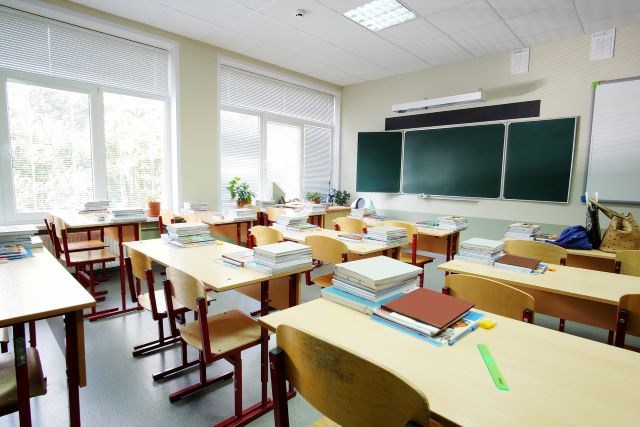 Senate Bill 89 would expand the number of students potentially eligible for the state’s EdChoice Program, which provides private-school vouchers for students. It’s been trumpeted as a victory for parents, but the Ohio Education Association called it damaging.

“Vouchers drain needed resources from the 90 percent of students who attend Ohio public schools. This forces too many communities into raising their property taxes, which then subsidizes tuition for many students who never step foot into public schools that are now financing their private school education,” OEA President Scott DiMauro said in a news release.

DeWine, at a news conference Monday to discuss the growing COVID-19 hospitalization numbers, said he was still studying the bill and did not commit to signing it into law or vetoing it.

The new plan changes eligibility for vouchers by offering them to students in schools ranked in the bottom 20 percent according to performance index rankings and to students in districts with 20 percent or more low-income students. It also increases the income-based voucher program for those at 200 percent of the poverty level to 250 percent.

“Senate Bill 89 reaffirms a parent’s right to choose the best educational environment for their children and provides relief to public schools that were unfairly being categorized as low performing,” state Sen. Matt Huffman, R-Lima said. “Earlier this year, we heard hours of testimony from families, teachers and school administrators. I greatly appreciate their input, as well as the work my colleagues in the legislature put into listening and creating a solution.”

Democrats disagreed, saying the bill does not reflect the wants and needs of public schools.

“Earlier this year, over the course of three weeks, we heard 49 hours of testimony from 514 witnesses on EdChoice provisions,” state Sen. Teresa Fedor, D-Toledo, and ranking member on the Senate Education Committee, said. “This bill does not reflect what public school advocates expressed.”

A number of public opinion polls, however, show growing support for school choice programs, particularly among Black and Latino families.