House Bill 95 would establish a tax credit for farmers and producers who sell land, equipment and other agricultural assets to a beginning farmer.
May 3, 2021 2:55 PM By: Mary Schuermann Kuhlman, Public News Service 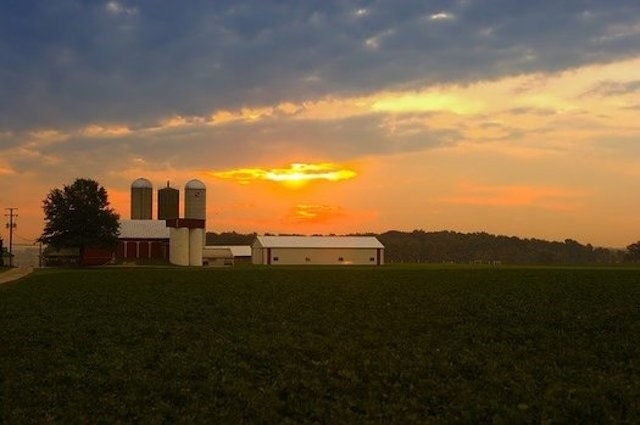 (Pixabay)
COLUMBUS — Ohio lawmakers are considering a measure to help give the next crop of farmers a strong start in the business.

The Wall Street Journal found the cost of buying or renting farmland in the Midwest is climbing, with farmers placing larger and larger bids on farm acreage.

Julie Sharp, a beginning farmer from Columbus who is looking for roughly 40 acres of land to launch a pasture-based livestock operation focused on soil health and biodiversity, said rising costs pose a challenge.

"This regenerative livestock production system is fairly land intensive," Sharp said. "As land becomes more and more expensive, it just becomes harder for a farmer like me to be financially viable. I don't know if I can make enough money per acre to be able to make a living for myself."

House Bill 95, the Ohio Family Farm ReGeneration Act, would establish a tax credit for farmers and producers who sell land, equipment and other agricultural assets to a beginning farmer.

It's modeled after a program in Minnesota, which has resulted in the sale or rental of 162 agricultural operations to beginning farmers in just more than one year.

House Bill 95 has been heard in committee, and supporters hope it will be brought to a vote on the House floor.

With farmers in the baby boom generation moving toward retirement, Sharp argued the tax credit would make more land available to people like her at a reasonable price.

"If they don't have someone in the family who wants to take it over, then they're left with trying to figure out how they can support themselves in retirement," Sharp said. "So they have to balance that, too. A tax credit for them could definitely change things for people in my shoes."

She said many beginning farmers are interested in environmentally friendly practices, which means agriculture can be part of climate-change solutions.

"I'd love people in Ohio to think about this as, rather than just helping someone start their business, you're also addressing really big issues that society is grappling with," Sharp said. "We can be part of the solution if we're encouraged and supported."