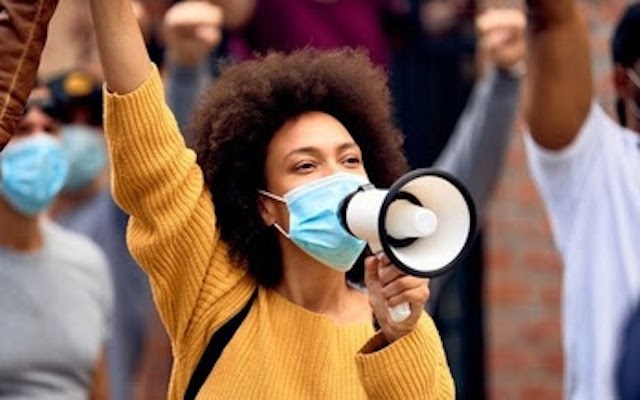 Ohio lawmakers are considering bills opponents say would have a chilling effect on free speech.Adobe Stock

COLUMBUS — As protests against racial injustice continue across the country, lawmakers in the Buckeye State are considering bills opponents say would have a chilling effect on free speech.

They include House Bill 109, which had a hearing Thursday before the Ohio House Criminal Justice Committee. Supporters say the measure strengthens state laws about rioting and corrupt activity.

"In a not-so-roundabout way," Daniels said, "House Bill 109 equates people who engage in civil disobedience at almost all levels with terrorists, and says that the punishment can be the state shut down your organization as a result."

Testimony also was heard on House Bill 22, which would criminalize "taunting" a police officer.

Daniels says both bills are part of a wave of new anti-protest bills popping up in several states.

Michael Weinman, director of government affairs for the Fraternal Order of Police of Ohio, testified in support of HB 109.

Other supporters said they welcome free speech and peaceful protest, but contend violence and property destruction should be punished.

According to Daniels, that's a problem with a very small number of protesters.

And he noted there's no legislation proposed regarding police practices or accountability.

"People go into the streets, they protest, they demonstrate, they do any number of things," Daniels said. "But you are certainly not going to cut down on these protests if you do not first address the underlying issues of police accountability, and some of the things that police do to violate people's rights."

Similar measures are being considered in the Ohio Senate.

Senate Bill 16 would create penalties for intimidation or assault of first responders, including obstructing roadways that limit access for first responders. And Senate Bill 41 would require people convicted of rioting to pay for any property damage and the cost of the police response.

This story was produced in association with Media in the Public Interest and funded in part by the George Gund Foundation.