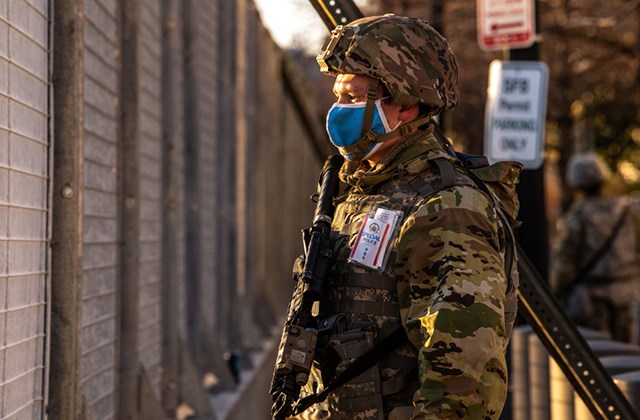 COLUMBUS — Ohio's about 1,000 National Guard members deployed to protect the U.S. Capitol during the presidential inauguration have returned from their duty.

Another about 500 troops who assisted state and local authorities in Columbus and the Ohio Statehouse during the inauguration period have also returned home, according to a release from Maj. Gen. John Harris, Ohio Adjutant General.

"I want to thank every citizen-soldier and citizen-airman who provided a service to their fellow Americans," Gov. Mike DeWine is quoted in the release. "Their presence and professionalism helped support a peaceful transition of power and provided a safe environment for people to peacefully express their opinions."

The lack of law enforcement and National Guard presence in the U.S. Capitol was one factor cited in a deadly breach of the Capitol Building on Jan. 6. More than 26,000 National Guard members from across the country and its territories were surged to the Capitol ahead of more expected hostilities.

Ohio's guard members helped police during the inauguration period by protecting "critical" infrastructure in the state and national capitals, according to the release.

"This is what the National Guard's for — to be ready at a moment's notice to help the state and nation," said Harris. "I couldn't be more proud of our members for answering the call in such a manner."

More than 1,000 Ohio National Guard members remain deployed on other federal missions throughout the world, according to the release. Another 1,000 are supporting Ohio's COVID-19 response by assisting food banks, nursing facilities and community pop-up testing sites.