The legislation would install “reasonable checks and balances to ensure one branch of government cannot exercise unfettered control over the state during times of public health emergencies,” state Sen. Rob McColley said.
Sep 26, 2020 8:04 AM By: J.D. Davidson 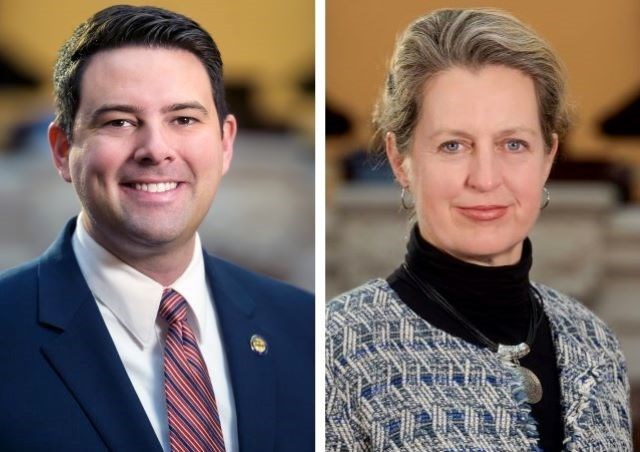 COLUMBUS — The Ohio Senate took steps to remove quarantine power from the Ohio Department of Health and give the legislature the authority to rescind some of those orders.

Senate Bill 311, sponsored by state Sens. Rob McColley, R-Napoleon, and Kristina Roegner, R-Hudson, now heads to the Ohio House. It would prohibit the Department of Health from issuing a general, mandatory statewide or regional quarantine order for people not diagnosed with, or directly exposed to, a specific disease relevant to the order.

“This bill clarifies what the intent of the legislature has long been as it concerns quarantine and isolation in that quarantine and isolation can only be enforced upon people who have been diagnosed with a contagious illness or who have been directly in contact with someone who has been diagnosed,” McColley said. “Further, it installs reasonable checks and balances to ensure one branch of government cannot exercise unfettered control over the state during times of public health emergencies.”

Ohio lawmakers and Ohioans increasingly grew frustrated with orders from Gov. Mike DeWine and the ODH as the COVID-19 pandemic stretched from the spring to the fall.

In April, GOP lawmakers rolled out their own plan to reopen Ohio businesses after DeWine closed all businesses he deemed nonessential and issued a stay-at-home order.

In August, Senate President Larry Obhof, R-Medina, expressed frustration over what he called DeWine’s shifting goals regarding the pandemic. Obhof said he believes DeWine moved from flattening the curve to a goal of zero infections in Ohio, a mark he believes is unreachable.