“For Ohioans who have been waiting to get their vaccine, I urge you to take action now,” Gov. Mike DeWine said.
Jun 9, 2021 2:35 PM By: Andrew Welsh-Huggins | Associated Press 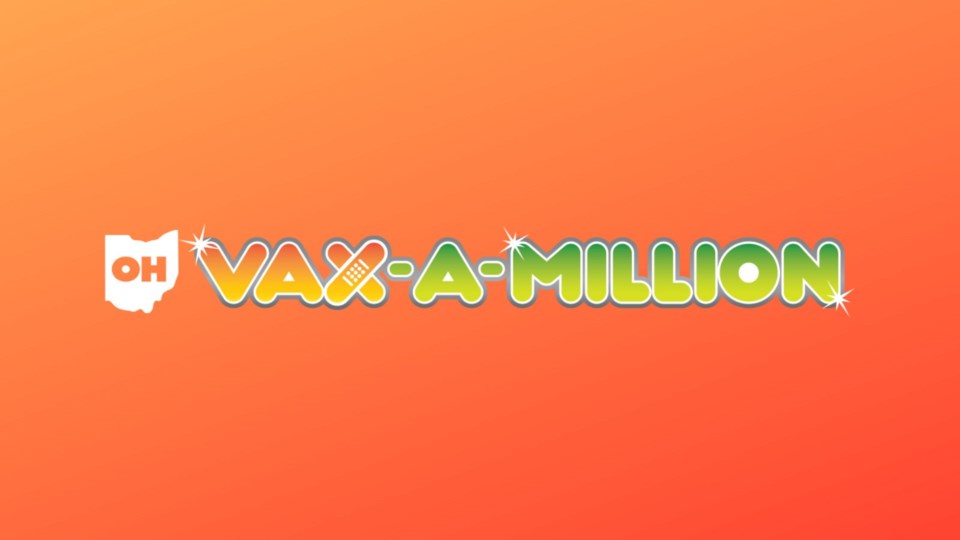 COLUMBUS (AP) — The state planned to announce the third pair of Ohio Vax-a-Million winners tonight even as the initial bump from the incentive program fades and the vaccination numbers continue dropping.

At 7:29 p.m., the Ohio Lottery will announce the next winners of the state’s Vax-a-Million vaccination incentive prizes at the end of the lottery’s Cash Explosion TV show for the third week in a row.

The lottery, offering $1 million prizes for vaccinated adults and full-ride college scholarships for children, kicked off a wave of similar incentive lotteries nationally.

Initially, Gov. Mike DeWine’s May 12 announcement of the incentive program had the desired effect, leading to a 43 percent boost in state vaccination numbers over the previous week.

Carlyle said the incentive pushed him to finally get the vaccine after weeks of putting it off.

“When y’all announced the Vax-a-Million, as soon as I heard that, I was like ‘Yes, I need to go do this now,'” the 40-year-old told Cincinnati.com.

But the effect was short-lived, with vaccinations falling again the following week.

Even the news of the first two winners May 26 and a news conference featuring them the next day could not stop the decline. Only about 61,000 people 16 and older received a vaccine from May 27 through June 2, a drop of about 43 percent from the previous week, according to an Associated Press analysis of state Health Department data.

Ohio figures still are not close to the highs of March and April. And vaccine reluctance appears to be so great that on Monday, DeWine made an urgent appeal to providers to distribute as many shots of the Johnson & Johnson vaccine as possible, with 200,000 doses set to expire June 23.

“For Ohioans who have been waiting to get their vaccine, I urge you to take action now,” DeWine said.

But for some, the chance of winning $1 million isn’t enough to overcome skepticism about the vaccine. Joanna Lawrence of Bethel in southwestern Ohio says the COVID-19 survivability rate is so high, and the experiences of people she knows who took the vaccine are so bad, that she sees no need to risk a shot for herself. She also made it through her own bout of the coronavirus in August.

“My life is not worth money,” said Lawrence, 51, who farms and works in commercial real estate. “I can always get more money if I need to. I cannot get another life.”