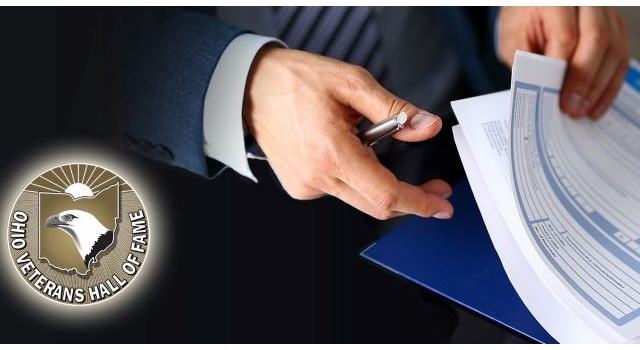 The Ohio Veterans Hall of Fame is seeking nominations for the Class of 2021.

COLUMBUS — The Ohio Veterans Hall of Fame is seeking nominees for the 2021 class.

Now in its 28th year, the hall of fame recognizes those who served in the U.S. Armed Forces and continue to contribute to their communities, state and nation through exceptional acts of volunteerism, advocacy, professional distinction, public service or philanthropy.

Each year, the Ohio Veterans Hall of Fame inducts up to 20 veterans based on recommendations from an executive committee of veterans from throughout the state and approval from the governor.

Last year, the hall of fame inducted the Class of 2020 in a series of individual ceremonies due to the onset of the COVID-19 pandemic. What form this year's Induction ceremony will have has not been determined.

The deadline to submit nomination forms for consideration is June 1.

To be considered, the veteran must meet the following criteria:

Nomination guidelines, a sample of a completed nomination form and more information are available here.