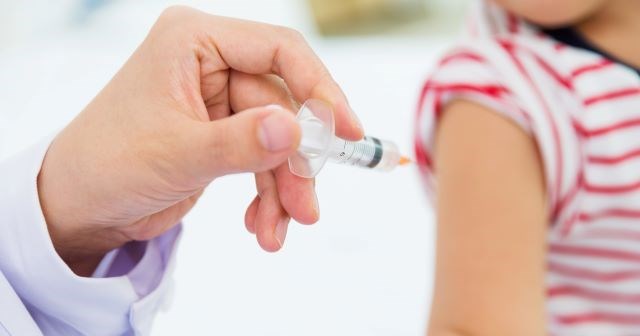 COLUMBUS — Ohio law requires public school students to have an updated immunization record on file, and it's a policy that new polling shows has strong support.

According to data released by Interact for Health, 8 in 10 adults in the 2019 Ohio Health Issues Poll agreed with the statement that "Healthy children should be required to be vaccinated to attend public school."

Cindy Modie, director of Immunize Ohio, said the law does allow for some students to be exempt from vaccine requirements.

"It allows philosophical exemption, religious exemption and medical exemption," she said. "Those make it quite easy for parents that not only are on the fence but those that are even just a little vaccine hesitant."

The results are similar to national findings from a 2016 Pew Research Center poll. It found that more than 82 percent of adults in the United States support a vaccine requirement for children. Another 17 percent said the decision to vaccinate a child should be left up to the parents.

Modie contended that vaccines not only prevent a child from becoming infected with a disease, but also create what's known as "herd immunity" that helps protect against outbreak in the community. As Mahoning Matters reported last month, 12 Mahoning Valley schools have vaccination rates that fall under 80 percent, according to data gathered by the Wall Street Journal.

"It's protecting those students that cannot be vaccinated," Modie said. "Everyone truly believes in medical exemptions for children that truly cannot get vaccinated. Perhaps they're immuno-compromised; they may have just undergone chemotherapy or an organ transplant."

Over the past two decades, the growing anti-vaccine movement has raised questions about the safety and effectiveness of immunizations. Modie said adverse reactions are rare, and encouraged parents to do their research, ask questions and talk with their child's doctor.

"The benefits far outweigh any risk, which could be as common as a low-grade temperature following immunization, some aches and pains," Modie said. "And it's the body's reaction to building antibodies, and it will provide protection against that disease."

According to recent Centers for Disease Control and Prevention data, fewer than 3 percent of Ohio kindergartners had an exemption for one or more of three vaccines during the last school year.

Polling data is online at interactforhealth.org.