If schools remain closed after May 1, the spring sports season would be canceled. If schools reopen by then, athletes and coaches could begin practicing May 4 ; the regular season could start May 9.
Apr 10, 2020 5:30 AM By: Mahoning Matters staff 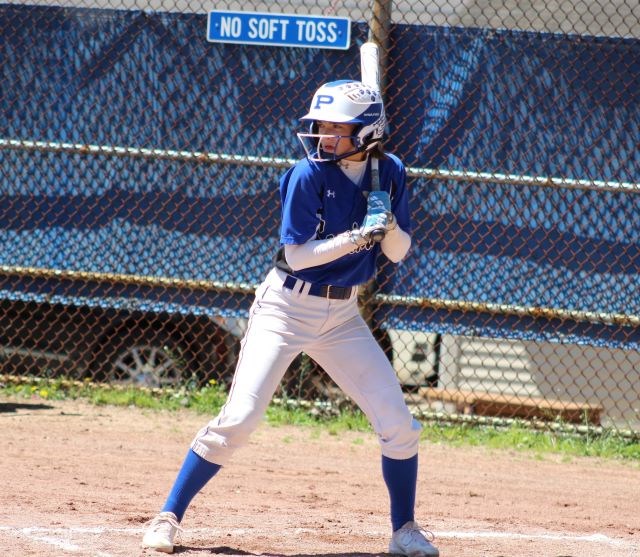 Poland senior Brooke Bobbey will play Division I college softball at St. Bonaventure. Her high school varsity career could resume in May if schools reopen on May 4. (Contributed photo)

COLUMBUS — The Ohio High School Athletic Association has announced plans for spring sports should schools reopen on May 4.

Right now because Ohio schools are closed until May 1 due to the COVID-19 pandemic, no athletes and coaches are practicing. If the schools remain closed, the spring sports seasons would be canceled, the OHSAA said.

If schools reopen May 1, athletes and coaches could begin practicing May 4, and the regular seasons could begin May 9.

For baseball, the tournament draw would be on May 17 and sectional tournaments would be held from May 23-30. The dates for the other tournaments are: June 1-6 for district, June 11-12 for regional and June 19-21 for state at Canal Park in Akron.

For softball, the tournament draw would be on May 24 and sectional tournanments would be from May 30-June 6. The dates for the other tournaments are: June 8-13 for district, June 15-20 for regional and June 25-27 for state at Firestone Stadium in Akron.

The lacrosse (girls and boys) tournament draw would be on May 25 and the regional qualifiers would be from May 26-30. The dates for the other tournaments are June 1-4 for regional quarterfinals, June 4-7 for regional, June 8-10 for state semifinals and June 13 for state at Ohio Weseylan University in Delaware.

For boys tennis, the tournament draw would be on May 24 and the sectional tournaments from May 30-June 6. The dates for the other tournaments are June 8-13 for district and June 18-20 for state at Hilliard Davidson High School.

For track and field, the tournament draw would be May 31 and the district tournament would be June 9-13. The dates for the other tournaments are June 17-20 for regional and June 26-27 for state at three high school sites as Ohio State's Jesse Owens Stadium will be unavailable. The sites are Hilliard Darby for Division I, Pickerington North for Division II and Westerville North at Division III.

All competitions for baseball, tennis and track and field must be over by June 27. The softball deadline is July 4. The lacrosse deadline is June 13. Because the regular seasons would be shorter for all sports, schools could continue scheduling contests until that sport's deadline.