As decision-day approaches, the governor's latest mandate has parents mulling their options as one expert stresses the importance of practicing extended mask-wearing with your younger students.
Aug 6, 2020 3:52 AM By: Mahoning Matters staff 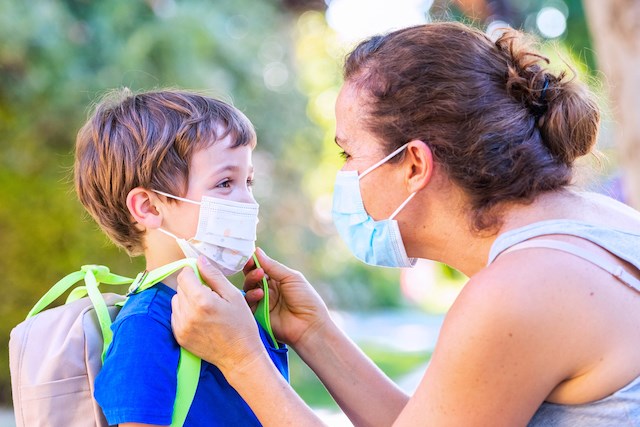 YOUNGSTOWN — For parents like Amy Grieco of Boardman, the latest mask requirements for Ohio students has further complicated the decision of how to send young children back to school in the fall.

Prior to Tuesday, only students in grades 3 to 12 were required to wear masks to school.

"I believe firmly that he does need to go to school but I do not believe in the masks for my 6-year-old to wear," she said. "I have a real hard time myself even wearing them and I can’t see him doing it."

Grieco posted on the Facebook group Boardman Talk to see how the order is affecting other parents' decisions. Most commenters are choosing the remote option. One said she chose that option after hearing that one child and two adults tested positive for the coronavirus at Kids Town Daycare on Stadium Drive.

Grieco works from home three days a week and goes into the office Tuesdays and Thursdays. She hopes her work will be flexible if she decides to keep her son home in the fall. During the summer, her mother and mother-in-law have taken care of Colton while she works.

"I feel bad for the parents who aren’t home at all and who really don’t have a choice in the matter," Grieco said.

For parents choosing in-person instruction for their youngsters this fall, it’s important to prepare them for what back-to-school will look like although a lot remains unknown, said Dr. Mallory Zehe, pediatric psychologist at Akron Children’s Hospital.

Zehe said parents should practice short increments of wearing a mask in order to prepare their children for wearing a mask for the entire school day. Some kids have difficulty with longer stretches of having it on their face or think it affects their breathing.

Parents who are concerned mask-wearing is not safe for young children shouldn't worry, said Zehe.

“What we know is that masks don’t necessarily decrease the flow of oxygen at all,” Zehe said. “It’s just that sensation of not being able to get air in as easily or out as easily.”

Depending on the age, she recommends using a reinforcement system to train children to practice wearing masks. For example, if they wear a mask for an hour, they can earn a star that gives them an extra TV show before bed.

DeWine's order does include exemptions:

The Centers for Disease Control and Prevention also has a guide for parents and school officials about wearing masks at school. Among the recommendations, they urge ensuring "that students, teachers, and staff are aware that they should not touch their cloth face coverings while wearing them and, if they do, they should wash their hands before and after with soap and water or sanitize hands (using a hand sanitizer that contains at least 60 percent alcohol)."

Parents in the Boardman Local School district have until Friday to decide how their children will attend school in the fall. Multiple parents, including Grieco, are convinced an outbreak will force all district students to go to school remotely.

"I wouldn’t be surprised if they go for a couple months and they get closed back down again," said Grieco. "I kind of have a feeling that’s going to happen."

Even before the governor's announcement, Valley school districts had adopted a variety of plans.

Prior to Tuesday's announcement, only Columbiana County students in third-grade and higher would have been required to wear masks under a generalized safety plan adopted by all Columbiana County public school districts. That plan was coordinated by officials from the county’s Educational Service Center and health department and released just days before DeWine’s new student mask mandate for students in K-12.

But that plan already allows for local rules to be superseded by the state, so county schools’ plans will now follow the new mandate, ESC Director Anna Marie Vaughn said Wednesday.

“We assumed that was going to happen,” she said. “We were all trying to be as flexible as possible.”

Few Columbiana County school districts have responded to Mahoning Matters’ requests for information about their finalized back-to-school dates, or other information parents need to know ahead of the coming school year. Vaughn said one district still has yet to finalize its start date, but the ESC would later release that information for all county districts.