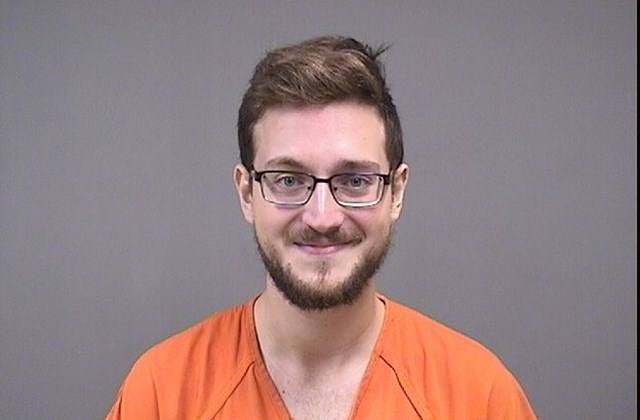 YOUNGSTOWN — The federal district court has delayed trial for the New Middletown man accused of threatening gun violence at the Jewish Community Center of Youngstown.

James Reardon, 21, faces federal charges of transmitting a threatening communication and possession of a firearm in furtherance of a crime of violence.

He was set for trial Sept. 28, after a previous trial date was canceled due to the COVID-19 pandemic. The continuance to Dec. 8, granted Monday by a Cleveland-area judge, also gives prosecutors more time to negotiate a plea agreement. Prosecutors did not oppose the delay.

Reardon, a self-described white nationalist, is accused of posting a video to Instagram on July 11, 2019, in which he’s seen firing a rifle over the sounds of sirens and screams. The video caption read: “Police identify shooter of Youngstown Jewish Family Center as local white nationalist Seamus O’Rearedon,” according to his criminal complaint.

The court in July denied a motion to release Reardon from jail before his trial, arguing Reardon was at risk of contracting COVID-19 while incarcerated and that he posed no flight risk.

Prosecutors argued the court ruled Reardon's detention was warranted due to the potential risk posed to the safety of Youngstown's Jewish community.

"The court noted that the evidence in this case demonstrates Reardon's 'willingness to use force in support of his white supremacist beliefs' and increased 'likelihood that he would carry out a violent act like the one threatened in the video.'"

In May the court also denied Reardon a temporary release from jail, which Reardon claimed was so he could attend a memorial service for his grandmother. Recorded phone calls from the Mahoning County Jail, however, suggested Reardon intended to visit with friends.

Reardon has remained in the county jail without bond for nearly 400 days.