Regal Cinemas will reopen in time for summer blockbusters. Here’s what to know

Fresh air intake will be increased by 50 to 100 percent to help air circulate throughout auditoriums.
Mar 24, 2021 2:49 PM By: Mike Stunson | McClatchy 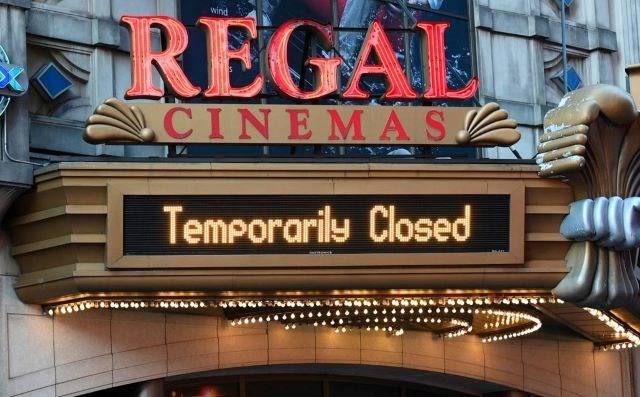 Regal Cinemas will reopen some of its movie theaters in April after a six-month shutdown during the coronavirus pandemic, the company announced Tuesday.

The company did not announce which theaters will reopen, but CNBC reported it will be more than 500. A spokesperson on Wednesday did not immediately respond to Mahoning Matters' request for more information.

Regal Cinemas operates Regal Boulevard Centre inside the Eastwood Mall Complex in Niles and Regal Cinema South along South Avenue in Boardman, both of which are currently closed.

Guests will be required to wear masks, and auditorium capacities will be reduced to 50 percent in areas with a state or county mandate, Regal said on its website. Fresh air intake will be increased by 50 to 100 percent to help air circulate throughout auditoriums.

Following social distancing guidelines, Regal will leave two seats between groups at theaters where there is nonreserved seating.

Regal has also made major changes to its concession stands, including eliminating every other register and reducing menu offerings. To make it easier on customers, concession items can now be purchased from the Regal mobile app.

Regal theaters will open more widely April 16, in time for “Mortal Kombat,” according to Deadline.

“[This is] a great moment for us — the U.S. market represents 75 percent of our business — and soon will be followed with all our markets,” Cineworld CEO Mooky Greidinger told Deadline. “We are great believers in the theatrical experience, which only a year ago [2019] generated $43B worldwide.”

Cineworld, the parent company of Regal, announced in October it would be temporarily closing all of its locations due to the COVID-19 pandemic. At the time, Greidinger said it did everything in its power to support the theaters staying open before it pulled the plug.

The October closures impacted about 40,000 employees in the United States. Employees will undergo daily health screenings when the theaters reopen, and they will be required to wash their hands every 30 to 60 minutes.

As of last weekend, 51 percent of movie theaters in North America had reopened, CNBC reported. AMC has already reopened some of its theaters, as has Cinemark — including the Boardman Cinemark Tinseltown theater along Market Street.

AMC, Regal and Cinemark are the largest movie theater chains in the U.S. Here's how some of the smaller or independently owned theaters in the Mahoning Valley are doing: