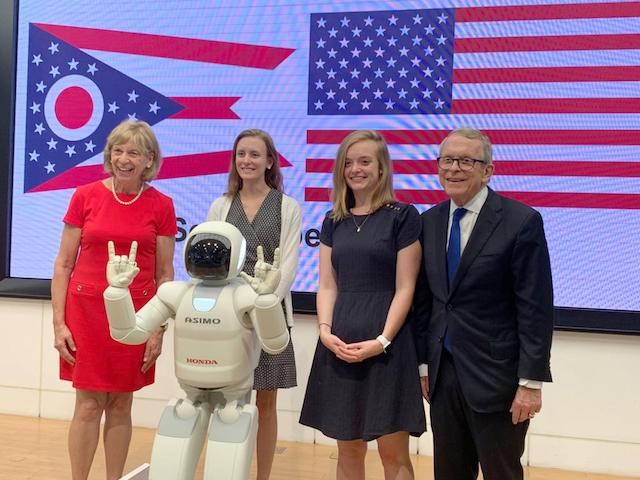 Gov. Mike DeWine’s trip to Japan in September with other state officials cost more that $45,000, most of which was paid for by JobsOhio, a nonprofit that works closely with the state to facilitate economic development. (Photo courtesy of Twitter/Gov. Mike DeWine)

COLUMBUS — Ohio Gov. Mike DeWine’s business-focused trip to Japan in September with other state officials cost more that $45,000, most of which was paid for by JobsOhio, a nonprofit that works closely with the state to facilitate economic development.

JobsOhio paid $39,000 to cover the travel expenses for DeWine, first lady Fran DeWine and two other officials and the state of Ohio covered $6,500 for one other official, according to The Cleveland Plain Dealer. The costs associated with maintaining security are not disclosed to the public, according to the article.

JobsOhio receives its funding through a contract with the Division of Liquor Control. An affiliate of the nonprofit, The JobsOhio Beverage System, runs the day-to-day operations for liquor sales and is funded by some of the profits from the sales, but not tax dollars directly.

On his trip to Japan, DeWine attended the annual Midwest U.S.-Japan Association conference in Tokyo, which is attended by representatives from Midwestern states, Japanese prefectures and about 100 Japanese corporations.

In his meetings, he sought to maintain the Ohio’s strong economic partnership with Japan, which is the state’s top international investor, exporting about $1.67 billion annually.

Last month, Lt. Gov. Jon Husted went on a business trip to London to maintain strong economic connections, there. The United Kingdom is Ohio’s largest European investor, making up about 14 percent of investments.