Report: Online bullying on the rise for students 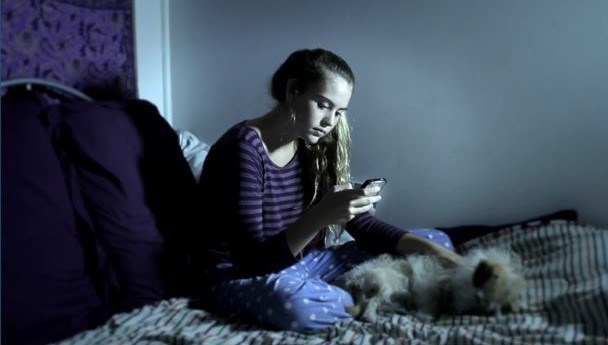 In a national survey of students between age 12 and 18 from the 2016-17 school year, 20 percent said they had been bullied. (Getty Images)

CLEVELAND — Online bullying is on the rise among middle and high school students, according to a recent federal report.

Cleveland Clinic’s Dr. Tatiana Falcone, who focuses on child and adolescent psychiatry, said in a new release that the report showed when it comes to online bullying, girls face the most risk.

“Boys might use their cellphones and the internet more for games, but girls use their phones and their tablets more for communication, and connection and support,” she said. “If someone is being cyberbullied, and this is their main way of communication, they might feel more isolated, and it might impact them more.”

Dr. Falcone said it’s easy for people to say mean things online or even join in with a bully when they feel they can do so anonymously.

She also said it can be hard for children to communicate to their parents that they are being bullied.

Dr. Falcone believes parents have to be on the front line when it comes to talking with them about online bullying and also checking their devices.

She said one thing to look out for is the number of friends your child has.

Research has shown the more friends kids have online, the more likely it is that some of those friends aren’t real friends at all.

“It’s important, as parents, to talk with your kids, and not only talk, but randomly check your kid’s phone; look at who their friends are, and make sure that each one of these people who said that they’re friends are real and not people that they don’t know,” Dr. Falcone said.

Dr. Falcone said previous research has shown a link between bullying, depression and suicide, and sadly, parents are often the last to know.

She reminds parents that depression looks different in kids than it does for adults — rather than just being sad, a child may appear irritable or oppositional. And parents are urged to ask for help if they’re seeing these changes in their child.

“If you see that your kid’s behavior is changing — they’re more isolated; they suddenly don’t want to do the things they used to do, they suddenly don’t want to go to school, they’re cutting classes, they want to spend more time in their room — something is going on, and you want to check with the school and their friends to find out what’s happening, because often the last people to know are the child’s parents,” Dr. Falcone said.