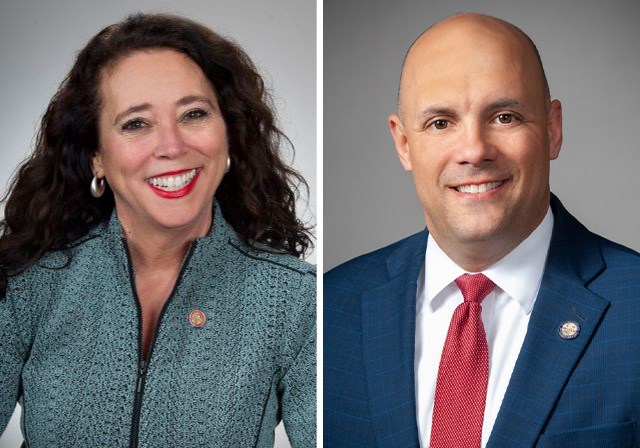 Lepore-Hagan said she is listening to Ohioans in calling for the former speaker to be removed.

“I don’t have to be a lawyer to know that an FBI indictment makes this institution look bad. I don’t need to prove beyond a reasonable doubt that he’s guilty to know that my constituents don’t want him earning a taxpayer funded salary,” Lepore-Hagan said during her testimony. “Serving in the House is not a right — it is a privilege. I was elected to do the people’s work, and Ohioans want us to expel him, and for good reasons.”

Householder and four associates were arrested July 21, 2020, and charged with secretly receiving money from FirstEnergy and using it to boost themselves politically and personally, to secure Householder's election as speaker and then to pass House Bill 6 and poison subsequent efforts to repeal it.

“This is just the first step in finally ending what appears to be a ‘pay to play’ culture at the Ohio Statehouse,” Crossman said. “We need to finally and decisively address corruption with meaningful reforms such as HB 306 and our HB 214, neither of which have received hearings. We invite our Republican colleagues to join us in this effort, as they have in this expulsion effort, to help restore integrity to the Ohio House.”