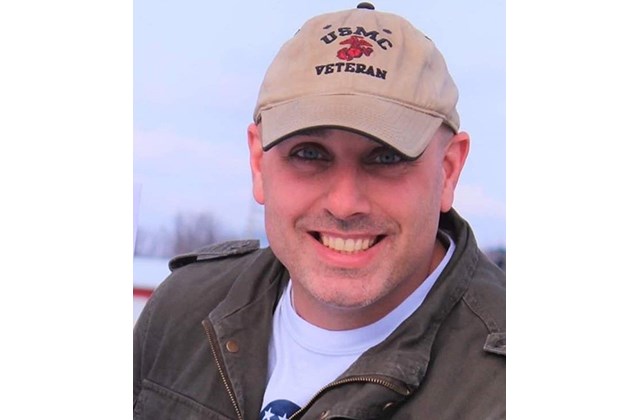 Santos, an 11-year veteran who's currently a manager for a Youngstown company, has held "countless billets" including watch commander, security chief and anti-terrorism officer, according to a news release.

If elected next year, he said he'll seek an end to "overzealous" laws and regulations on the business community.

"Our forefathers fought against a controlling government. They created the United States of America," Santos is quoted in the release. "When our Constitution was created, our forefathers sought to ensure the states control the government, not the other way around. Washington is broken. Send in the Marine!"

Santos ran Republican in Ohio's 2020 primary but lost to 13th District nominee Christina Hagan of Alliance, who earned two-thirds of the vote. Next year, Santos is challenging U.S. Rep. Tim Ryan of Howland, who's held the 13th district seat since 2013. Ryan was first elected to the House in 2003.

"We have been dealing with the COVID pandemic from the beginning of 2020. As a result, businesses were forced to close most not to reopen again and lay off their employees," Santos said.

"Residents of an already neglected district were worried about how they will provide for their children. Despite these hardships, Congressman Ryan put his needs first and dared to suggest a congressional pay raise. These are not the actions of a true leader. A leader is obligated to put the needs of the people before their own. The American people should always be a priority," he continued.

"We demand representation in Congress that will put aside their differences and work for a better tomorrow. We are in the current state of disarray due to the lack of leadership in DC from all sides. The first step to solving any problem is to acknowledge it. I will always fight for the people and ensure their needs are the priority."