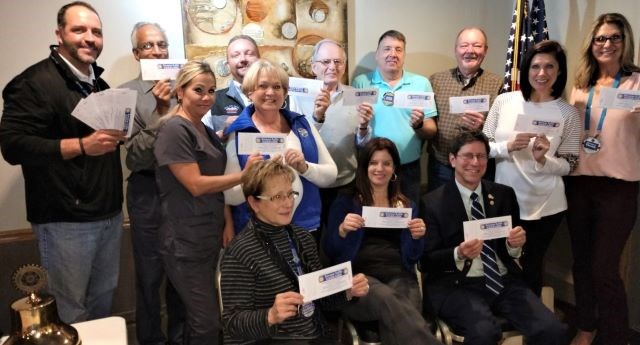 AUSTINTOWN — Members of the Rotary Club of Austintown are selling tickets for the annual Reverse Raffle, which will take place at the Immaculate Heart of Mary banquet center, 4490 Norquest Boulevard, on March 21.

Tickets are $150 for two people and include dinner, an open bar and chances to win more than $4,000 in prizes. A basket raffle also will help raise funds for local, national and international projects to help those in need.

According to a news release, the Austintown club has served the community since 1968, with projects such as the Centennial Grove and Band Shell in Austintown Park, Austintown Reads program at the elementary school, winter coats for children, dictionaries for all third-graders, water and sanitation projects and support for the Salvation Army and Rescue Mission.