DeWine hinted that he's considering further restrictions on bars and restaurants.
Jul 29, 2020 5:10 AM By: Jess Hardin 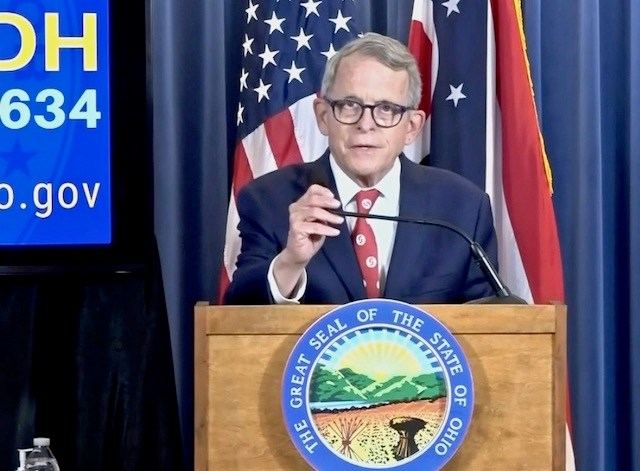 COLUMBUS — When asked how Ohio’s mounting cases will affect school reopenings and fall sports, Gov. Mike DeWine was short on answers during Tuesday’s state briefing, but hinted that further restrictions might be coming.

Governors in nearby states facing case surges have scaled back their reopenings.

DeWine said on Tuesday that the state is considering a similar move, and is looking into the role of Ohio's bars in virus spread.

He had a similar response when pressed about Ohio schools.

When a reporter asked if he will respond to the state’s July coronavirus surge by restricting which counties can open schools, DeWine said, “There’s not enough data yet to make any kind of call like that.”

DeWine did, however, announce an option for working parents who live in school districts that decide to go virtual — Ohio childcare centers can return to normal class sizes.

Ratios of children to caretakers had been reduced to prevent the spread of the coronavirus when daycares reopened May 31. Daycares were given federal CARES Act subsidies to make up for lost income caused by reduced class sizes.

Daycares will have the option keeping subsidies and maintaining lower classroom ratios or returning to normal ratios, DeWine tweeted.

The decision is a no-brainer for Mike Rawl, executive director of the Jewish Community Center of Youngstown.

The JCC has been receiving a small subsidy, but the money did not offset the additional costs associated with reduced enrollment. Rawl was forced to increase tuition. He hopes the policy change announced Tuesday will enable him to lower the price of childcare to what it was before the pandemic.

"We would much rather have a lower tuition and serve more children," said Rawl.

Usually, about 50 children are enrolled in the JCC's before and after school program.

"We have space, if it's needed, to double or triple our number," he said.