The Class A baseball franchise will no longer be affiliated with the Cleveland Indians.
Nov 30, 2020 2:45 PM By: Mahoning Matters staff 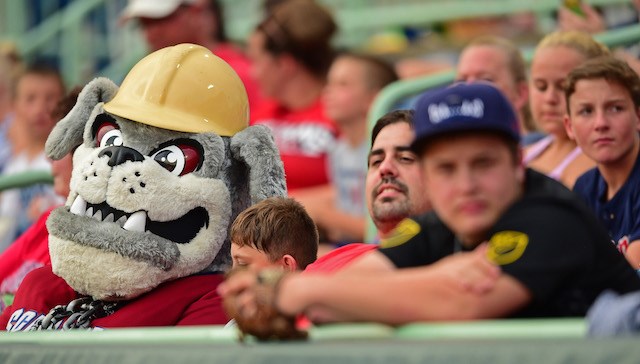 NILES — The Mahoning Valley Scrappers will continue to be affiliated with Major League Baseball.

Monday, the Scrappers announced the franchise that was created in 1999 will join the newly formed MLB Draft League which will begin playing in 2021 and will focus on displaying the talents of top college-level players eligible for the MLB draft.

For 21 seasons, the Scrappers were the Single A short-season affiliate of the Cleveland Indians. But in the fall of 2019, MLB announced plans to eliminate as many as 42 minor league teams for the 2021 season, including most of the New York-Penn League teams including the Scrappers.

The short-season rookie leagues (usually mid-June until early September) were in MLB’s sights because most players whose careers begin at that level never ascend to elite status.

According to the MLB website, the Scrappers will be one of five teams creating the MLB Draft League. The others are the State College Spikes, the Trenton Thunder, the West Virginia Black Bears and the Williamsport Crosscutters. All but the Thunder were NYPL franchises.

The League is in advanced discussions with a sixth team and hopes to announce its identity in coming weeks.

Plans include a 68-game regular season with an annual All-Star Break centered around the MLB Draft.

Kerrick Jackson will serve as president of the MLB Draft League.

“We are thrilled to partner with Prep Baseball Report and the founding members of the MLB Draft League to create a one-of-a-kind league that will attract the nation’s top players who are eligible for each year’s MLB Draft and allow local fans to see top prospects and future big-league stars in their hometowns," said Morgan Sword, MLB’s executive vice president for Baseball Economics & Operations. "This announcement continues MLB’s commitment to preserving and growing baseball in communities around the United States.”

U.S. Rep. Tim Ryan, D-13, applauded the announcement and the rescue of the Scrappers.

“After many months of calls, letters, legislation, and tough discussions with Major League Baseball to ensure the Scrappers stay in the Mahoning Valley, I’m proud to say that this announcement will not only protect the Scrappers but add value to our community and local baseball fans,” Ryan said. “By showcasing the best draft-eligible talent in our nation, the Scrappers are poised to continue providing our community amazing entertainment for many years to come."

Last spring, MLB shut down all minor leagues because of the COVID-19 pandemic, then played a two-month regular season from late July until the end of September. The Los Angeles Dodgers defeated the Tampa Bay Rays in the World Series, with all postseason games played in a bubble at locales in California and Texas.

In their past 21 seasons, the Scrappers traditionally began play in mid-June as a Class A short-season affiliate of the Cleveland Indians.

As an affiliate, the Indians paid for the Scrappers' players, coaches and training staff.