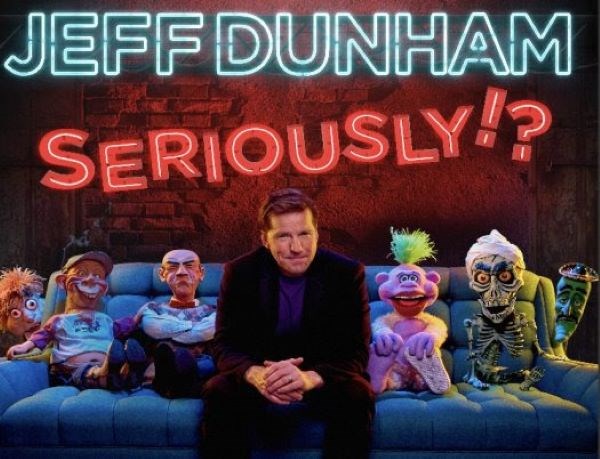 Tickets will go on sale at 10 a.m. Friday and can be purchased here.

Dunham will share the stage with sidekicks such as Peanut, Walter, José Jalapeño, Bubba J and Achmed the Dead Terrorist.

Dunham recently was nominated by Pollstar for “Comedy Tour of The Year” based on box office sales and has been awarded Billboard’s Top Comedy Tour for three years. He holds the record for the first, second and fourth most watched specials on Comedy Central and was named a Top Ten grossing comedian by Forbes in 2019.