The bill would expand the definition of devices that cannot be used while operating a motor vehicle to include any device that can display a video or that can be used to communicate or exchange data.
0
May 23, 2020 5:55 PM By: Mahoning Matters staff 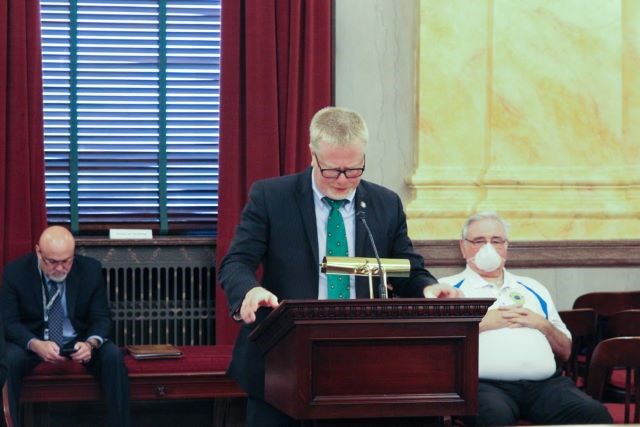 The bill was introduced by O’Brien and state Sen. Stephanie Kunze, R-Hilliard.

“Far too many times, we have heard of people being killed in automobile accidents as a direct result of distracted driving,” O’Brien said in a news release. “With SB 285, we are hoping to make our roadways safer for everyone and save the lives of thousands of Ohioans.”

SB 285 would expand the definition of devices that cannot be used while operating a motor vehicle to include any device that can display a video or that can be used to communicate or exchange data. It would allow exceptions for first responders and for voice-activated or hands-free devices.

The bill also would increase distracted driving from a secondary to a primary offense. SB 285 was introduced after bipartisan discussions with the office of Gov. Mike DeWine and indications by legislators on both sides of the aisle that such legislation was necessary to save lives on Ohio’s roads.

“Strengthening our laws surrounding distracted driving will, we hope, act as a greater deterrent to anyone who continues to risk the lives of themselves and others on Ohio’s roads by using electronic devices while operating a vehicle,” O’Brien said.

Additional committee hearings are anticipated in the coming weeks. More information about SB 285 can be found here.