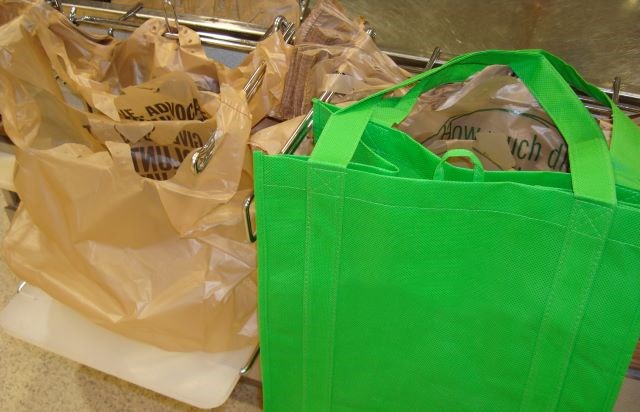 COLUMBUS — The plastic bag ban debate is once again heating up in Ohio.

A state Senate committee had its first hearing Wednesday (Nov. 6) on SB 222, which would preempt local governments from banning or taxing single-use plastic bags.

State Sen. Michael Rulli, R-Salem, sponsored the bill and contends it will provide clarity and consistency for commerce in the state.

His family has also owned local grocery Rulli Bros. since 1917.

"Consumers and businesses deserve rules and regulations that are uniform and easy to understand,” Rulli said.

Cuyahoga County passed such a ban that goes into effect Jan. 1, and a few other Ohio communities have similar ordinances on the books.

California enacted its own ban on single-use plastics, which Rulli said the state has now realized was a "mistake."

Sarah Damron is a chapter manager with the Surfrider Foundation, an environmental group that advocates for clean water and healthy beaches. She counters that Ohio should be taking action at the state level to reduce plastic pollution, instead of taking away power from local communities.

"Governments at every level from local to state to even entire countries have taken policy action to address the plastic plague caused by these kinds of items,” she points out. “In Ohio, for some reason, we're going backwards."

SB 222 is companion legislation to HB 242, which had a fourth committee hearing in June.

Supporters say the fees or fines imposed for violating plastic container bans are bad for business.

"Plastic pollution is constantly getting into our rivers,” she points out. “It's clogging up our storm sewers. Once it gets into the river, it breaks down into little pieces, and those pieces are consumed by fish and eventually get into the food chain."

Mann adds it's a matter of protecting both the environment and local democracy.

Rulli said his stores use about a million plastic bags per year but he estimated smaller grocers may use a fraction of that per year.

For them, a ban on plastics is a question of overhead, he said.

Plastic bags cost about 3 cents each to produce, while paper bags cost just under 30 cents each and re-usable cloth bags are at least $1 each, Rulli said. Grocery stores tend to operate in a net margin between 1.25 and 1.5 percent, he added.

"For the mom and pop, [a ban is] devastating. ... Everyone works on such a small percentage," Rulli said.  "You're destroying a whole plethora of small businesses by doing this."

Rulli said when he was young, dozens of locally owned grocers split the market, but over the years, they've been pushed out by the ever-increasing cost of business.

He also raised concerns about re-usable cloth bags, which have the potential to lead to contamination, if used to store things like raw poultry.

Since a similar bill died in Ohio last year, Mann questions who is behind this effort.

“Who is the one that is really determined to push this through, because it has flopped and the people of Ohio have indicated that they want to reduce plastic pollution by passing these local ordinances?"