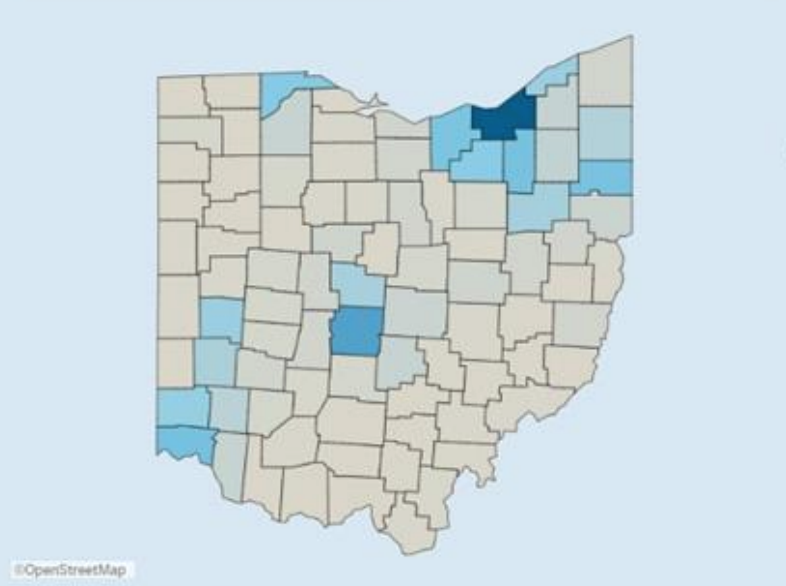 As of March 29, Ohio now has 1,653 confirmed cases of COVID-19, an increase of 247 since the last report on Saturday. The state also reports 29 deaths from the virus, an increase of four over 24 hours.

Ohio Governor Mike DeWine announced these numbers in an unexpected Sunday press briefing that was primarily focused on his push to get the U.S. Food and Drug Administration to approve a technology from Columbus-based research firm Battelle to sterilize and reuse masks used by healthcare workers and first responders treating coronavirus.

Across the United States, big cities and small communities alike have seen a rise in corfirmed cases of coronavirus.

Worldwide, infections surpassed 680,000 mark with more than 30,000 deaths, according to Johns Hopkins University. The U.S. now leads the world with more than 120,000 reported cases of coronavirus. Confirmed COVID-19 deaths in the U.S. surpassed 2,000 on Saturday, which was twice the number just two days before. Five other countries have higher death tolls – Italy, Spain, China, Iran and France – and Italy has the most at more than 10,000 deaths from the disease.