Some suggested a targeted approach. “By subsidizing firms, inefficiency can be maintained in the system,” Kay Brown, an economist at Baldwin-Wallace University, said. “Some firms should, in fact, be allowed to close.”
Nov 19, 2020 4:23 AM By: J.D. Davidson 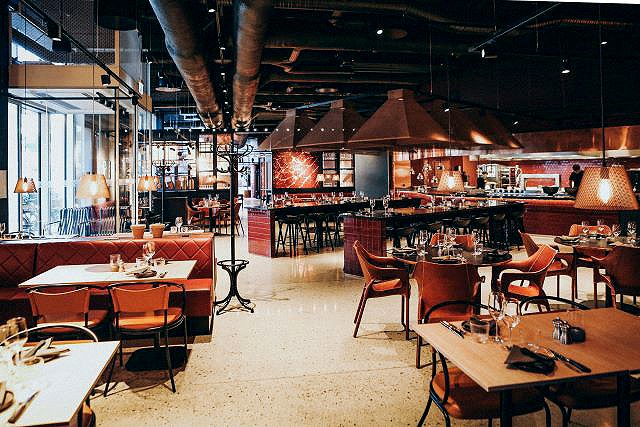 COLUMBUS — Throughout the COVID-19 pandemic, Ohio focused on helping businesses throughout the state with infusions of cash.

That helps, but a survey of more than 30 state economists showed the majority think federal help is crucial.

Scioto Analysis, a Central Ohio-based economic and public policy firm specializing in tax and budget policy at the state and local level, surveyed 32 economists from Ohio colleges and universities.

“The takeaway I got from this was that federal support is a crucial piece of the puzzle here and that the state can only do so much on its own with the fiscal authority it has,” Rob Moore, principal at Scioto Analysis, said.

Most recently, the Ohio Bureau of Workers’ Compensation released $5 billion in dividends to businesses in an effort to offset costs and to prevent business closings and job losses as a result of the pandemic.

According to the survey, 23 of the 32 economists said using state money to pay businesses to keep employees on the payroll is an effective way to speed the state’s economic recovery. Five disagreed, while four were uncertain.

Currently, Congress is deadlocked on a new COVID-19 relief package.

Last week, U.S. Sen. Rob Portman, R-Ohio, took to the Senate floor to call for bipartisan action to respond to the pandemic.

“We have an unprecedented health care and economic crisis right now, and it’s important for us to figure out what we can do, what we can agree on, and then move forward,” Portman said. “Really, for the last six months, we haven’t passed anything that addresses this crisis, and yet the crisis has ebbed and flowed, and right now, unfortunately, it’s at an all-time high in my state of Ohio.”

Not all of the economists agreed that government payments should be used to help keep businesses open.

“By subsidizing firms, inefficiency can be maintained in the system,” Kay Brown, an economist at Baldwin-Wallace University, said. “Some firms should, in fact, be allowed to close. The pandemic has acted as a catalyst to creative destruction.”

Others felt a more targeted approach should be used.

“Although it is helpful to keep spending up, there are firms that really would not be laying off workers, e.g. utilities, grocery stores, delivery services and others,” Bob Gitter, economist at Ohio Wesleyan University, said. “The program should be targeted and not available to all firms.”