Rabbi Lee Moore will speak about the 1912 disaster on Thursday at the Jewish Community Center.
Jun 28, 2020 2:38 PM By: Mahoning Matters staff 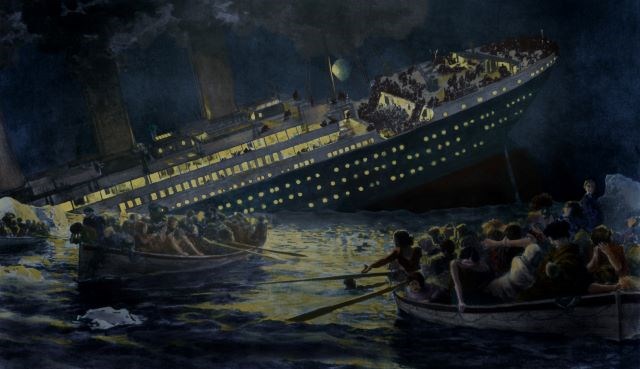 YOUNGSTOWN — A descendant of two survivors of the 1912 Titanic disaster will share her family's story later this week at the Jewish Community Center (JCC), 505 Gypsy Lane.

As part of its Newman Levy Speaker Series, the JCC will present “Rabbi Lee Moore: Titanic Survivors’ Granddaughter Tells Their Story” on Thursday (July 2) at noon.

This event is free and open to everyone. Lunch will be served.

Space is limited and registration is required.

Moore's grandfather, Meier Moor, and great-grandmother, Baila Moor, narrowly survived the sinking of the Titanic when they were immigrating to the U.S. during its maiden voyage.

The Titanic struck an iceberg about 20 minutes before midnight on April 14, 1912 and sunk a few hours later. More than 1,500 of the estimated 2,224 aboard the luxury liner died.

Moore will recount family stories about their journey, as well as discuss her unexpected experiences during the 100th anniversary of the Titanic's sinking in 2012.

For the luncheon, safety protocols will be followed as recommended by Ohio. Tables will be six feet apart, meals will be prepackaged and hand sanitizer will be available.

The program also will be offered virtually. Visit jccyoungstown.org to participate.