At 153 confirmed cases, it has the highest per capita rate among the 10 most populous counties; officials are concerned that too many residents aren't taking shelter-in-place order seriously.
Apr 1, 2020 3:52 AM By: Justin Dennis and Jess Hardin 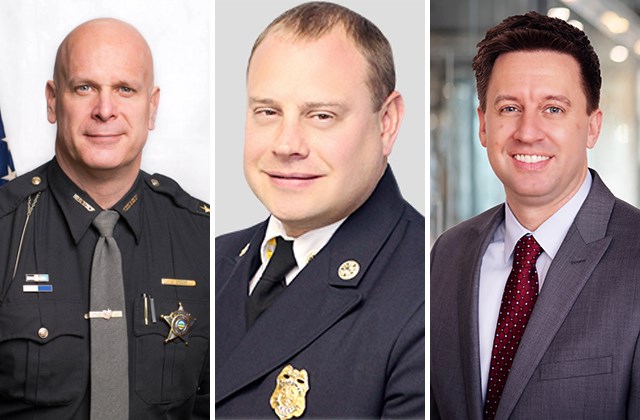 Ohio’s latest report on the spread of the new coronavirus, or COVID-19, in the state suggests the virus is becoming more rampant in Mahoning County.

Mahoning County’s nine reported deaths from the virus was the highest among all Ohio’s 88 counties, according to Tuesday’s figures from the Ohio Department of Health.

Though Mahoning County has the third-highest number of confirmed cases in the state, it has less than a fifth of the population of those counties.

It is important to note, however, that Dr. Amy Acton, Ohio Department of Health director, has said there have been inconsistencies in how COVID-19 cases are reported, with some agencies reporting the locations of newly confirmed cases based on where the patient was tested, rather than where the patient resides.

Mahoning County Sheriff Jerry Greene on Tuesday delivered a “very strong reminder” for county residents to follow the state’s stay-home order in a video on the Sheriff’s Office’s Facebook page.

“I don’t believe enough people have been taking this seriously. This is very troubling to me,” he said, drawing attention to complaints the office has received of residents who are taking advantage of public parks and stores — which remain open during the lockdown — but not keeping physical distance from one another.

“I think we all need to really take a good look at ourselves and make sure we’re only going out when something is absolutely necessary — otherwise, stay home,” Greene said. “When you’re not following these orders, you could be spreading this virus unnecessarily.”

Boardman Township Fire Department Chief Mark Pitzer said it appears some township residents are following the order, but not enough.

“Traffic has lightened up quite a bit, but it still seems like there’s still a lot of people out and about,” he told Mahoning Matters Tuesday. He’s also heard complaints from Boardman residents about kids congregating at parks.

Pitzer took to Facebook to voice his frustration that some community members don’t seem to be taking the order seriously.

“I don’t comment a whole lot on Facebook. I don’t get into any political debates,” Pitzer said. “I just felt compelled to say, 'Hey if you’re out and about and you can limit it, please try to do so.'”

In regard to Mahoning County's rate of confirmed cases per capita, Pitzer said “we could probably be doing a better job of staying at home."

Mahoning County Public Health Commissioner Ryan Tekac urged people to continue to stay at home and to practice smart shopping habits — designate one person to shop, create a list and try to purchase necessities "for a whole week or longer."

“We’re concerned with our increasing numbers in Ohio as well as in our tri-county area,” he told media during a Tuesday morning briefing. “It means, as a community, we need to be better at beating that virus.”

He also told parents to keep their children and teenagers at home.

U.S. Rep. Tim Ryan of Howland, D-13th, has called a virtual media briefing “on reports that Mahoning County is [the] hardest hit in Ohio” from the COVID-19 outbreak, which is set for this morning.

Below is a list of 14 Ohio counties with some of the highest estimated populations in the state in 2019 or the most confirmed cases of COVID-19, taken from the U.S. Census Bureau website and Ohio’s COVID-19 dashboard. Columbiana County is included on this list, though it does not meet either criteria: