How can a state order on sporting venues be interpreted differently between counties? We took a look at what's actually in the order, and asked state and local health officials for clarity.
Aug 28, 2020 3:00 PM By: Justin Dennis 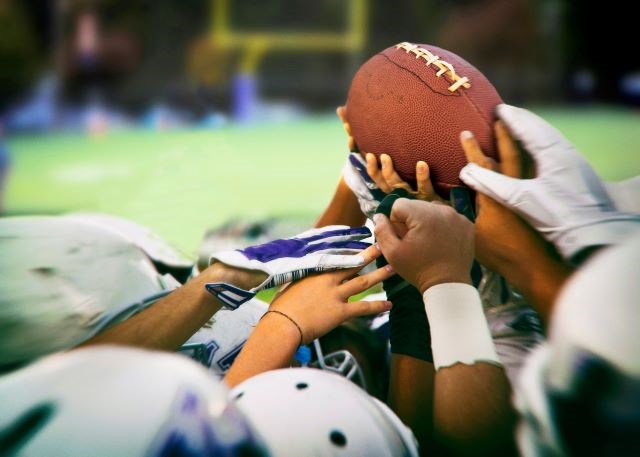 NILES — A misinterpretation of the state’s directives for reopening sporting venues in Ohio led at least one Trumbull County school to stop selling sporting event tickets to the general public this week.

It also left those health officials questioning how state orders to protect the public against coronavirus are open for interpretation at all.

Niles McKinley’s athletics department on Tuesday announced it had about 400 football tickets available for the Red Dragons’ first contest of the season on Thursday against Jefferson Area, which appeared to conflict with Gov. Mike DeWine’s direction from the previous week — that sporting event tickets would only be sold to relatives or close friends of school athletes, band members, cheerleaders or other participants.

Marc Fritz, Niles athletic director, said the high school’s Bo Rein Stadium, which can normally seat about 9,000 people, is limited to about 1,300 under state pandemic guidelines, which limits capacity of outdoor sporting venues to the lesser of 1,500 people or 15 percent of their maximum capacity.

Since the district had already sold off all the tickets it could to participants’ family and friends, the district offered up leftover tickets to the public, which aligned with its guidance from Trumbull County Combined Health District.

According to guidelines for spectators in the state’s order, which took effect Aug. 19:

“It is recommended that, in the context of youth or school sports, school and organization officials should prioritize tickets distribution or event access to the sports participants’ family and household members, if possible.”

And, later in the order:

“The primary purpose of permitting sports spectators is to allow and encourage the family and household members and loved ones of players, coaches, team staff members, officials and other event participants and loved ones … to observe and share in the experience.”

But Mahoning County Health Commissioner Ryan Tekac had a different interpretation when speaking with Mahoning Matters this week.

“We’re interpreting it’s for the loved ones, for the family,” he said. “I did have conversations with one school district here that does have a large venue and was considering opening up general admission. I said, ‘that’s not the intent of the order’.”

After speaking with Mahoning Matters Wednesday about tickets, Wilster said he sought clarification from the state, which then ruled public sales were not an option. Wilster passed that along to Trumbull school districts. Niles McKinley stopped public ticket sales that day, and had already sold about 100, Fritz said.

“Things change daily. You gotta roll with it,” he told Mahoning Matters. “Once we got the exact order, we went right away the way that we needed to follow.”

Wilster said it doesn’t seem like an intentional oversight but said in the legal and government spheres, terms like “may not” and “shall not” carry different degrees of power.

“‘If possible’ — that tells me that, if possible, I should give all the family members tickets first. If you’re ‘prioritizing,’ then there has to be a second [priority],” he told Mahoning Matters Friday, after the health department had resolved the local confusion. “We’re basically just a conduit for the state [directives]. And for the schools, we’re a resource. We’re just facilitating the information from Columbus and the local schools superintendents.”

Melanie Amato, Ohio Department of Health spokesperson, gave the same clarification after a call from Mahoning Matters: “Schools should not be selling tickets to the general public.”

Though school districts may apply for variance to their reopening plans for sporting venues, DeWine’s administration this week clarified those plans aren’t to allow larger venues to seat more spectators.

Tekac said a couple Mahoning County school districts have applied for those variances, which are under review locally. He hasn’t heard any complaints or confusion about ticket sales in Mahoning County.

“If the orders come from the state, I think they should be pretty clear-cut,” he said. “It helps with consistency. But, as things are, there’s confusion in it. I think that’s why we turned to the Ohio Department of Health to get clarity.”

“Everything went well. … We passed and he was pleased with what we did,” he said.

Tekac said he’ll miss this having a 2020 football season. He and his father made a tradition of Friday night games at Ursuline, his alma mater. But he said it’s for the best.

“Unfortunately, it’s not going to be ‘Friday night lights’,” he said.