Two Phantoms games against Steel this weekend are postponed

The Chicago team is battling an outbreak of the coronavirus.
Nov 3, 2020 6:05 PM By: By Tom Williams 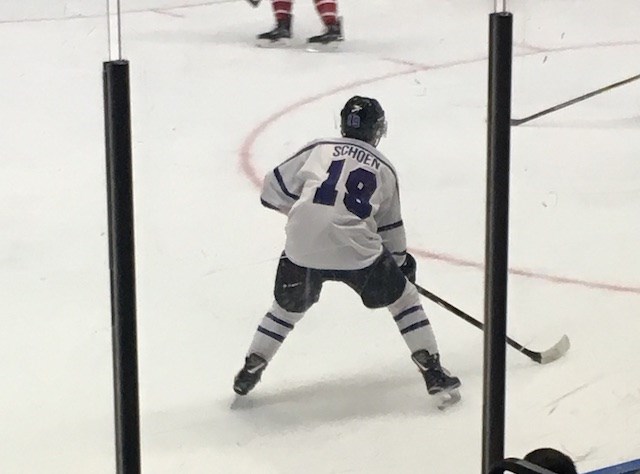 Phantoms forward Ben Schoen skates toward the opposing net during a 2019-20 game at the Covelli Centre. The Phantoms' season opener on Friday against the Chicago Steel has been postponed.

YOUNGSTOWN — The Youngstown Phantoms' season opener Friday against the Chicago Steel has been postponed because of coronavirus.

This afternoon, the USHL announced that the Phantoms' games on Friday and Sunday against the Steel in Geneva, Ill., have been postponed because the Steel is dealing with an outbreak of COVID-19.

Last week, the Steel postponed their final two preseason games against the Muskegon Lumberjacks because of the coronavirus outbreak.

According to the Tier One Junior Hockey League's safety protocols, the Steel did not meet the minimum standards to play the games at Fox Valley Ice Arena.

Instead, the Steel and Phantoms will make up the games on Dec. 10 and April 11.

Now, the Phantoms' season-opener will be on Saturday in Dubuque, Iowa against the Fighting Saints.

The Phantoms opened training camp for their 12th USHL season in late September. Andrew Goldman, team president, said the Phantoms so far have had no coronavirus issues.

"It's a daily grind, for sure, because we've had [players] wake up with a stuffy nose or a sore throat, so we isolate those kids, we get them tested," Goldman said. "If they live with [another player, that player also] is isolated also until we get a negative test.

"It's going to be an interesting year," Goldman said. "We've been fortunate thus far not to have any issues."

The Phantoms' first eight games are on the road. The home opener will be on Dec. 4 at the Covelli Centre against the Lumberjacks.

How many fans can watch is still to be determined. Ohio's sports guideline for indoor facilities is 300 spectators for a building as large as the Covelli Center.

Goldman said there is a chance that number could increase, adding that the Phantoms have had a "great relationship" with the city and Eric Ryan, Covelli president.

Except for a Men's Rally in the Valley in October, Ryan has not scheduled events this fall at the 15-year-old arena because of limited capacity allowed by the state.

"We're thrilled to be opening the doors of the Covelli on the 4th," Goldman said. "Masks are going to be required throughout the game, unless [fans] are eating or drinking."

Phantoms tickets are on sale through TicketMaster.