More than 500,000 man-hours have gone into the building's steel framework, which was ceremonially completed Thursday.
Feb 19, 2021 2:52 PM By: Mahoning Matters staff 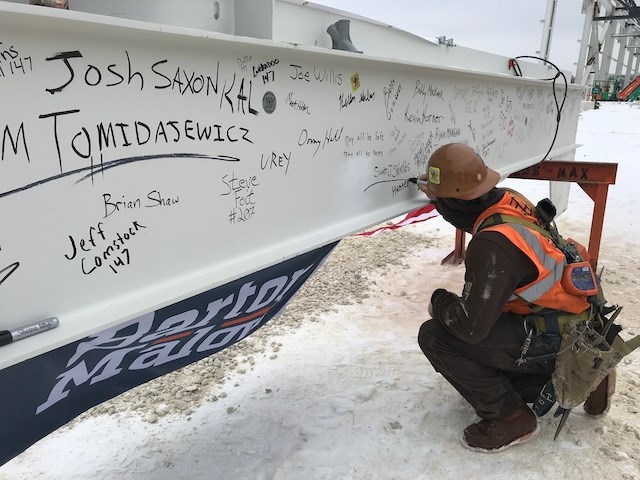 The milestone was marked by a "topping out" ceremony in front of the steel skeleton of what's planned to be a 2.8-million-square-foot facility spanning 30 football fields. More than 500,000 man-hours have gone into the facility, which is slated for completion in 2022, according to a release.

“We are pleased construction at Ultium continues to progress safely and on schedule,” said Kee Eun, president of Ultium Cells LLC. “While we faced unprecedented challenges from the very beginning due to the COVID-19 pandemic, we have been able to execute successfully according to plan thanks to the collaborative efforts between General Motors and LG Chem, as well as the support and commitment from our contract partners and the local community.”

Workers represented by the Youngstown-based Ironworkers Local 207 took time to sign their names onto the ceremonial final beam before it was hoisted and put in place, draped by American and South Korean flags.

The plant is expected to have an annual energy capacity of 30 gigawatt hours "with room to expand," according to the release.